SIGNALIS only allows for six inventory spaces and many players do not like the concept at all. So much so the developers have responded noting that they’re working on iterating on some kind of change that doesn’t remove the spirit of the gameplay but alleviates some of the player concerns. For me, I find the entire debate fascinating.

The issue stems from the way that the game presents the inventory as sort of a puzzle challenge, akin to games likes Resident Evil. It forces the player into a set playstyle, something modern gamers aren’t very appreciative of, where you will always optimize your run by not bringing ammo and only carrying one weapon. That gives you five inventory slots for all other items.

Yet, players who play the game on Easy or Normal will likely want to play aggressively and in doing so will want different weapon options, lots of extra ammo and the ability to carry their key items around. The inventory system outright refuses to allow that kind of gameplay, aggressively punishing players who carry a weapon, a melee weapon, extra ammo and healing supplies as using four of the six inventory spaces. That means players can only carry two puzzle items around at a time.

See, the enemies throughout the levels can revive when you reenter the room and backtracking through the level is a very common task. Picking up any key item can trigger a new sequence, trigger new spawns to activate in rooms that you have previously cleared which means you need resources to deal with it. Yet, at the same time, you need enough inventory space free to avoid the dreaded “inventory full” screen when you’re 8 rooms away from a save room.

The game is fully aware of this and was designed with intense intent around this mechanic. There is a multitude of quality of life changes that the game has to help make this less of an issue. That word… quality of life. It’s an interesting one right?

Well that kind of differences?

Quality of Life Makes the Inventory Limit Nostalgic – Not Cumbersome

For instance, in B2 of that same map, you can store each of your keys in the door that they belong to. You’ll often pass the room (Waiting Room) and can drop each of the keys there. There is only a single save room, it is at Reception. Each room is connected to a hallway, meaning that the average number of rooms between you and the storage is often three. So at no point should you need to carry additional equipment just for the sake of carrying it.

You’ll obtain the key items to unlock the Waiting Room in Nurse Station, ICU 01, the room north of reception, the bathroom (technically) and a few other locations. Those are all about three rooms or less from the waiting room or a storage box.

In Resident Evil and Silent Hill such niceties were rarely given. Realistically, one of the reasons that SIGNALIS is so fun is that it is absolutely so buttoned up. As you can tell, the level design is to emulate the experience of the past – not replicate it completely. It is designed to give you that same feeling, with the frustrations but without the massive time consequence that older generation games would punish you for.

Dealing with the Inventory Limit

Here’s a few quick tips to deal with the limited space:

Saving is an important part of making SIGNALIS fun. There isn’t any items to collect to allow you to save. Just a standard save room with your inventory. When you go back to your storage, you are often given a chance to save, save the very items you just worked hard to collect. You are also given a chance to reload your save and do what you just did before, this time more optimally.

This kind of design allows the player to reflect on their experience, gives them direct control over if they’re comfortable with their resource management to this point and allows them to save their progress before entering an unfamiliar segment of the game.

The photograph isn’t a required item. Ammo isn’t needed either, it’s a backup resource. It may often be better to just lose and restart then to waste a healing item in the field. Those considerations give you considerably more inventory space. A single gun and some spare ammo gives you four inventory spaces. You only need to carry two of something to combine it.

Near the end of the first quarter of the game you are taught how to combine sprays with patches to save inventory space. Its better to risk it and get further down in health and recover than it is to try to constantly patch yourself up. Its even better to not take damage.

Saving, storage and returning to the save rooms are so critical. The game will, upon the pickup of any key item, decide its time to spawn new enemies in the map for you to deal with.

The limited inventory is both a great and a bad thing at the same time. Sure, all that I said really justifies what the developers want. However, players are use to agency. Restricting player agency can curtail enjoyment; some players are looking for a Dead Space experience in a game that gives them almost every part of Dead Space except for the ability to lug everything around with you.

These are considerations developers have to make and players themselves have to consider. In such a beautifully crafted game with such rich atmosphere and fun mechanics, it can be difficult when the game isn’t exactly the way you want it. Limiting the inventory both serves to improve the game but also hamper the player experience. You somehow can’t always have both at the same time.

These kinds of thought experiments are fun and showcases how much a game needs to stick to what it believes in often times more so than the feedback it receives.

To note the developers have commented on the inventory limits and have said they’re working on it. Ultimately, they’ll likely refine their formula through patches and updates in the future, but as is I’d like to note the game is fantastic and the inventory limit is only applicable to those who may not know the context of the genres the game is based off of.

Check out our SIGNALIS endings and story guide if you’re into more SIGNALIS. 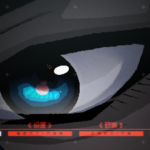 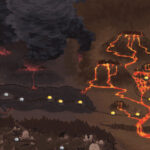