To reach world 5 in Legends of Idleon you’ll have to first defeat the previous four world’s bosses. You only have to do this with one character, which is the critical step in making this “speedrun” as fast as possible on a fresh character. One of the reasons to reach world 5 quickly is that it makes the rest of the content nearly trivial and prevents you from sticking around the previous worlds grinding for way too long.

We’ll break this down world by world. If you’re already at say world 3, use the table of contents to move to world 3 and just start there. You can technically reach world 5 within a week or two without spending any money, expect to spend roughly a month unless an event that gives free candies is running.

While you can play any class and will have a full team, check out our Idleon Tier List for the current relevative power of each class along with just what all the classes are to get a head start on the game.

Remember to every single day farm every boss, do the coliseum (w1) and get the daily mini-bosses. Check your cauldron (w2), collect traps (w3), do the post-office (w2) and anything else that you can do to help boost your characters. This will still be relevant in W5. Just don’t stop any pushing progress (having a character working on opening the portal to the next map) at any given time. You should always have one character focused on opening portals to the next map.

Join a guild. You get 20 GP for logging on each day until you get stamps that give you 30. The guild will help a ton. Assuming just the daily login and a few GP tasks a day, you can easily aim to join a casual guild asking for 100-200 GP a week and easily make those requirements.

So the first part of the game is going to be done in one sitting. You’ll want to not stop playing until you’ve unlocked your first few characters. The hardest obstacle of moving through world 1 isn’t the number of other characters, gathering materials or anything else. It’s simply the time it’ll take to take down each portal until you reach the boss.

The boss of world 1 can pretty much be taken down as soon as you reach it, fully unlocking the world 2 bonuses and allowing you to speed the rest of your characters through world 1.

The silliest way to get through world 1 fast is just to use the food for sale in world 1. Speed potions help along with damage. In world 2 you’ll need to switch to healing potions.

Crafting is important. You’ll want one character as your main progression / portal character and everyone else should be feeding supplies to them (though to reach those supplies they’ll need to reach the supply itself).

Make sure all your characters are gathering crafting materials and you have ore constantly in the anvil; you’ll need new crafted weapons to get through later portals. Don’t worry too much in regards to armor. Healing potions will help.

As soon as you hit world 2 configure alchemy, run Mr. Bones, play plinko and turn in any orders you have unlocked. For alchemy your goal here is just to unlock whatever you can. Don’t stop and spend too much time just farming to boost anything; the individual gains are going to be too small. You’re going to want to push new bubbles and work on vials daily, but otherwise don’t just wait for any skill to move forward.

Now to move quickly through world 2 you’ll need to just keep moving your active character map to map. World 2 is when using candies begin to make sense. You’ll get them from fighting bosses (which you should be farming every day) and other random drops. They’ll let you push maps instantly in world 2. Don’t use every candy just yet. World 4 is going to be your longest grind.

Spend your postal boxes everyday. They start to add over time.

Make sure to unlock the second class on all your characters. You’re going to want 2 warriors, 2 mages, 2 archers and 1 beginner minimum. Following that you’ll likely want 3 of each main class and 1 beginner.

Repeat the same process for world 2. Start construction, start making cogs, start maxing the 3d printer. Really I wouldn’t even care too much about worship, you can level up the fireball tower or the stone tower to push to enough stages to get some value out of worship, but its definitely something you can revisit later.

Automation Arm absolutely max as fast as you can.

Worship will give you buffs that also hamper you; something to consider but not absolutely neccessary. Again move to the boss of the world and defeat it. Candies help. You mostly only need to again upgrade your weapon and have one character pushing while the rest work on getting materials. You only need enough combat on them to push to the materials they need to farm offline for you and now that you have the 3d printer you don’t technically need them farming all the time anymore. That means you can have everyone fighting / pushing at the same time which can be very strong to get everyone’s levels caught up while the 3d printer grinds.

There’s Milkyway Candies from the dungeons; this talent should be something you’re working towards. It’ll get you free candy rather reliably from your extra characters and you’ll definitely want it for World 4.

You’ll want to also start hunting, but it’s not that big of a deal yet.

The stat “multikill” starts showing up here. You’ll want to work on upping that skill on your main pushing character (likely a Mage (Bubonic Conjuror) or Warrior (Barbarian)).

This world is a bit different. You’ll want to start having all but 1 of your characters in the lab. This will double their 3d printer output (which means they don’t need to be out of the lab anyway) and will majorly buff your one pushing character. You may pull 1 barbarian out of the lab (third classes are available in world 4) and assign them to cooking to get ladles but it’s only neccessary once you’ve got the lab fully unlocked.

Cooking is great, get to working on it. Same with pets. Just start them up. For world 4 the only fast way to advance and reach world 5 is going to be farming candies. So realistically at this point, most of the minor mechanics don’t matter that much. You’ll want to make sure your pushing character has the best gear you can equip on them. Then follow through by using all of the mechanics on them (library from world 3 for instance) to push their talents and their gear (stones).

Then use candies as much as you can to keep pushing through world 4. You can farm candies reliably with Milkyway Candies, which means you can generally in a few days have a ton of extra candy to push with. World 4 has much higher number of kills required and without candy it can take a very long time to naturally make your way through.

Just leave everyone in the lab and only login every two days to the candy. Make sure to max it out.

Make sure you farm candy from bosses. Your pushing character should be a bubonic conjurer which can be played actively and push faster than afk, but it isn’t absolutely mandatory. You can farm candies from the colosseums too which you should run regularly.

Pushing the Last Part of World 4

So the hardest part which is going to likely take the most amount of time is going to be the last five maps of world 4. You’ve got a huge quota to get through and even with candies dropping every few days, that only adds a few hours. The best way to get through it is to rinse and repeat doing everything every single day that farms candies (all the mini-bosses, bosses in each world (up to 10x day), coliseum (w1), Twitch streams, holiday events, etc.).

You’re going to want to get your “multikill” stat as high as possible as well. Your 3rd class will give you a skill to help with that. You can also use the Worship skill to get more multikill. Dungeons will help as well.

The game is designed to be cumulative so every small change each day adds up after a week across every system. 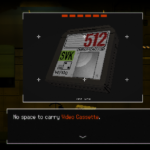 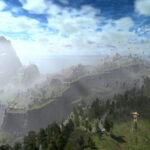