Grinding items in Legends of Idleon can be painful and Lava, the developer, has designed it to have a considerable amount of push and take. When you afk at any location or actively farm there, you obtain drops from monsters. In World 1 & World 2, these drops have to be farmed manually. Starting in World 3, with the 3D printer you can automatically print resources by using the sampling skill.

No tutorial is needed, the starting questline in W3 gives you the sampling skill and asks you to sample two things. You can then go to the 3D printer (once unlocked via construction) and then assign each character to print up to two items. All of the gem purchases for the printer are amazing.

There is no class for sampling, although check out our class tier list to figure out which class order to go in.

The printer prints every hour directly to your storage. If your storage is full, you likely lose it; so make sure whatever you’re printing has room in the storage container.

The only way to make it faster is via the Maestro, who can use a skill to instantly print. That skill, when leveled up, has a chance to have no cooldown.

Its generally believed you’re capped at 90% of your drop rate for sampling.

To best way to sample is by going to where you want to sample and leveraging everything the game has to increase your drops. This isn’t always damage and can be other things, like speed. Step one is going to be going and opening up your AFK window and seeing what you have to work with. For farming drops from enemies, you’ll want to make sure to buff your speed and damage until you get the best results.

Move your shrines over, especially if they’ve just leveled up.

For skills, you’ll want to make sure to do everything in your power to increase your drop rates while skilling. A lot of things actually won’t help, like for instance if you’re far away in efficiency from the next multi-drop chance then you should scale back efficiency buffs and move for skilling speed buffs/cards/etc.

It’s also important with skills to check your star talents and stamps. Those are the easiest ways to get some major efficiency bonuses without much effort.

You can use the sampling bonus prayer to get an increased amount from sampling, HOWEVER, some report that only 90% of your total drop rate at any time can be sampled and if you’re already at that cap it won’t actually help. You also can’t unequip it until you delete your samples which can be annoying.

You shouldn’t work too hard at any early phase of a skill to sample too frequently. You’ll likely zoom past the first few levels fast enough that it’d be a waste of time to sample, go back and sample, etc.

Sampling is mostly used for running the refinery and farming materials while your characters are in the lab. Once W4 opens up, the lab will mean you’ll have fewer characters out farming and the lab can supercharge the printer where you’re getting double the sampling rate. 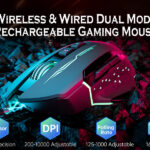