This guide will help you understand which classes are the best (and worst) in Legends of Idleon, which order to choose for your characters and exactly why. This is something that actually determines how well you’ll do in the entire game and how much you can advance because each of the classes are much more proficient in some resources than others.

So let’s break this down. The warrior should be your first class that you make because it’s going to be focused on mining, the first really important resource for you and it’ll be really good at farming something you’ll want to pour a lot of your resources into for your first character. Warriors do a multi-swing attack in melee, making them a lot more effective at farming actively than Mages and Archers, who attack at range. Idleon is a game of minimizing damage, so melee or ranged combat makes little difference except in boss battles and even then it can be eh.

Mage is second best because it’s going to have wood, another important primary resource (Archers get NOTHING the first and really even second class outside of “production”). Wood and metal are important early on.

Archers as noted above, don’t have much early game production skills and are meh at farming.

Journeyman just, they just suck. Their damage is low but their farm is high; great for the post office farming you’ll deal with way later in the game when a guide like this may not even appeal to you.

What Order to Make Classes in Legends of Idleon MMO

That’s for the first ten character slots. From there the order more or less repeats based on what advanced classes are released. You’ll want Warrior first for farming/mining, Mage second for wood and Archer third for their later subclass. You’ll repeat again. Then pick up a journeyman for help with the post office. Then get another warrior for a second Squire (more refinery). From there it’s what you need to keep advancing and more of what you have fun with.

Having one of each subclass is the only optimal route in Idleon and if you fail to have one of each subclass then you could be in a very odd situation with resources. The only exception is that you can technically make it without a Squire but you’re going to be losing a lot when it comes to the refinery. Same with Wizard when it comes to the Worship skill. You can do the mini-game on any class, but pulling everyone’s charge into one character and spending it is very useful.

So yeah; there isn’t a technical best. Squires are strong because they can push the refinery. So a lot of folks like having a few Squires for mining & refinery. Shamans are also important.

I’d definitely say Barbarian for Fishing and Shaman for Alchemy. You’ll want your world 2 skills a focus through world 2 and you can worry about world 3 later.

The quest to unlock your first subclass is the Valley of Beans map. The second subclass is in World 2 at the Desert Dunes. For the third subclass, you’ll need to visit World 4 and talk with Eliteus.

Something to note, if you see a level “9999” requirement to unlock a slot for a new character then that slot hasn’t been released yet.

That’s it for the best classes in Legends of Idleon MMO and which order to pick them in. I hope you found our guide insightful! 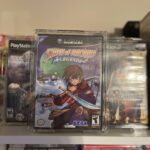