There’s a lot to picking your first class and then subsequent job in Final Fantasy XIV (FFXIV) to take into consideration. Seasoned and new players alike can have difficulty choosing which job to play and it’s especially relevant for new players who have to stick with the first class they pick for awhile. Getting stuck on that class selection screen is a real reality with so many classes in FFXIV to choose from.

The first thing we go over is picking your class and you’re stuck with that until level 10. Then at level 30 you can change to jobs which grant expanded abilities. Then at level 50 there are new jobs to unlock based on expansions and other considerations. So we go into what all the different classes / jobs do in the game, how to acquire them and what they do.

So consider this a one stop shop handbook to everything classes / jobs in FFXIV, including fighting and crafting and all those questions about if you should pick a healer for the first class or not (only if you want to level via duties and if you don’t know what those are the answer is no). Don’t forget the Lodestone is the place to go to find out how to do any quest in FFXIV.

You’re only stuck with one class until level 10, which you can then visit the guild hall of another class and switch classes after a short quest. To actively change classes you’ve unlocked, you can just equip the weapon for that class.

Unlike other games, there is no “tier list” or “best class” because you can switch at anytime. So you can literally play whatever you want and be all of them or as few of them as you wish.

Understanding the Different Types of Combat Jobs in FFXIV

Choosing a Job That Fits Your Playstyle

One of the most important things to consider when picking a job in FFXIV is your playstyle. Do you prefer to be up close and personal, dealing damage with powerful melee attacks? Then a Disciple of War job like the Paladin or Warrior might be a good fit for you. Do you prefer to stay out of harm’s way, using magic to blast your enemies from afar? Then a Disciple of Magic job like the Black Mage or Scholar might be more your style.

In addition to your preferred playstyle, you should also consider your role in a party. In FFXIV, parties consist of four players, and each player has a specific role to play. The Tank is responsible for taking the majority of the damage, while the Healer keeps everyone alive. The Damage Dealers, also known as DPS, are responsible for dealing as much damage as possible. And finally, the Support players provide various beneficial effects to the party.

When picking a job, consider whether you want to play a Tank, Healer, DPS, or Support role. Each job has its own unique abilities and strengths, and choosing the right role can make all the difference in a party.

There’s also the Disciples of the Hand (Crafting) and Disciples of the Land (Gathering). You can switch to these at anytime once you’ve unlocked them at their guild. These classes are not used in combat.

Do note you’ll need to meet certain requirements to unlock each job which we detail below. Here we’ll focus purely on what the jobs do so that you can consider each job on its merits, not specifically on how hard it is to unlock it or when (although that’s a second consideration). Many times you’ll want to work your way to a specific job that want to play full time, at least at the start. Building your way there will include lots of other jobs on the way sometimes.

Here’s each job, what weapon they use and their role.

You’ll level all healers up via duty finder; soloing isn’t recommended. Highly recommended not to do story missions as a healing class.

White Mage: The primary healing class. Spells like Cure and heals are available along with some ability to do damage, but primarily healing (grouping) only. Weapons: Staves and Wands. Main Role: Healer.

Scholar: A mix of DPS and heals; a support class that lets you deal damage and heal at the same time. Weapons: Books. Main Role: Healer and damage dealer.

Astrologian: A support job that uses the power of the stars to heal allies and protect them from harm, similar to Scholar. Weapons: Star Globes. Main Role: Healer and support.

These classes all focus on dealing damage at close range.

Ninja: The closest you can get to a stealth class in Final Fantasy, uses daggers. Weapons: Daggers. Main Role: Damage dealer.

Machinist: A ranged damage-dealing job that uses a variety of mechanical gadgets and abilities to attack enemies from range; the only gun user. Weapons: Firearms / Guns. Main Role: Damage dealer.

Dancer: A support job that uses dance and music to buff allies and debuff enemies; similar to the Bard but uses fans instead of bows. Weapons: Fans and musical instruments. Main Role: Support and damage dealer.

Trying Out Different Jobs to Find Your Perfect Fit in FFXIV

There’s a lot of classes and jobs in FFXIV to choose from and it can be difficult to know where to start. The very first thing to do is just pick something and get it to level 10 when you can change classes. That first choice may be it or you may find a lot of joy in another class, which you can easily switch to at anytime once unlocked.

Furthermore, the game allows you to switch between jobs easily, so don’t be afraid to experiment. Try out different roles, such as tanks, healers, or damage dealers, and see which ones you enjoy playing the most. Doing this can help you narrow down your choices and find a job that you enjoy. Your main mission progress stays no matter what, but side quests return for each job allowing you go through and easily level them through missions OR via duty finder.

Additionally, another way to find the right job for you is to talk to other players. The Final Fantasy XIV community is full of experienced players who are happy to share their knowledge and advice. Ask around in forums or chat channels to see which jobs other players enjoy, and why. This can give you some valuable insight and help you make an informed decision.

In Final Fantasy XIV, each job has specific class requirements that must be met in order to unlock it. These requirements typically involve reaching a certain level with the corresponding class and completing a quest given by the guildmaster of the job’s guild.

For example, to unlock the Paladin job, you must first reach level 30 with the Gladiator class and complete the quest “Paladin’s Pledge” from the Paladin guildmaster. Similarly, to unlock the Black Mage job, you must reach level 30 with the Thaumaturge class and complete the quest “Taking the Black” from the Black Mage guildmaster.

Here are the class requirements for each job in Final Fantasy XIV:

To actually understand how to use a crafting job, you need to know how to craft. Here’s a quick rundown on how to make items in FFXIV.

To begin synthesizing, you will first need to have the appropriate materials and recipe. Materials can be obtained through the game’s gathering jobs, such as mining for ore, harvesting plants, and catching fish. Recipes can be purchased from vendors, obtained as quest rewards, or discovered through experimentation.

Next, you will need to choose the quality of the synthesis. This will determine the strength and durability of the item that you create. Higher quality syntheses require more materials and have a higher chance of failure, but they will result in stronger and more durable items.

Finally, you will need to complete the synthesis by using your crafting abilities. Each crafting class has its own unique abilities, and choosing the right abilities for the synthesis can greatly improve your chances of success. Some abilities, such as “Steady Hand” and “Inner Quiet,” can increase the quality of the synthesis, while others, such as “Rapid Synthesis” and “Byregot’s Blessing,” can reduce the chance of failure.

Crafting Jobs in Final Fantasy XIV (Disciples of the Hand)

At level ten you can also switch to a crafting specific job. Same mechanics as a regular job switch, except this time your MP becomes your Crafting Points. You can switch between any of the crafting jobs and work on all of them.

Gathering Jobs in FFXIV (Disciples of the Land)

Similar to “of the Hand” except you’ll be out in the fields gathering with these jobs.

Best Job to Farm Gil With

One of the best classes for farming gil is the Miner. This class specializes in gathering ores and gemstones, which can be sold to other players for a tidy profit. Miner is a great choice for players who enjoy a more relaxed playstyle and don’t mind spending time in the game’s various mining locations.

Another strong option is the Botanist, which is the counterpart to the Miner class. This class focuses on gathering herbs and other plant-based materials, which can be used to create valuable potions and other items and likewise sell very well to other players.

For players who prefer a more combat-oriented approach to farming gil, the Warrior class is a good choice. Warriors are powerful melee fighters who excel in close combat, and can easily dispatch enemies in the game’s various dungeons and quests. This makes them a valuable asset in groups, and can earn them a good amount of gil through completing difficult content and selling any loot they obtain.

Another combat job that is good for farming gil is any healing or tank job. With fast queue times, you can run dungeons quickly and grind gil very fast. Black Mages are also very strong at farming gil solo. You can learn more in our FFXIV farming gil guide. 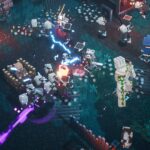 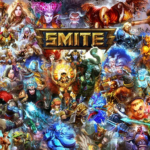