Since the mid-1970s, tabletop fans have been gathering together, dice in hand, to play Gary Gygax and Dave Arneson’s long-famous Dungeons and Dragons masterpiece. The game, of course, has gone through some changes over the years. Since being acquired by Wizards of the Coast, the company best known for Magic: The Gathering, D&D has gone through five different editions.

With every new edition, the mechanics and of the D&D universe have received some slight tweaks. Fifth edition Dungeons and Dragons caused a massive resurgence in the game’s popularity, leaving many avid tabletop fans curious about how to pick up their dice and play the incredibly fun game.

One of the first choices a new D&D player is confronted with is selecting a class. If you are having trouble choosing a class for your game, then look no further. Check out our tier list down below to see how each class ranks and which one is perfect for you.

It is important to note that every player is different. Just because a class is not statistically maximized for combat does not mean the class is incapable of providing a player hours upon hours of incredible fun. This tier list is meant to act simply as a guide.

Check out our detailed breakdown of each class down below before deciding which class is right for you. If you would like to build one of D&D’s top tier characters for yourself, check out our guides here.

Drop a comment and let us know what you think of the official GameTruth D&D class tier list. For all your D&D needs, check out Dungeons and Dragons Guides Portal – Anything and Everything D&D. 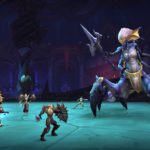 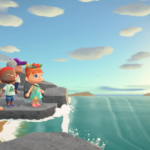