Dungeons and Dragons (5th Edition): How to Build a Monk – A Combat Guide

Want to make the most out of your monk? Check out our guide down below.
August 22, 2019

Dungeons and Dragons has been around for many years now. That being said, the massive role-playing game has only grown since its inception. With there having been a recent resurgence of D&D players, more and more tabletop enthusiasts are now picking up their dice for this exciting game. With that in mind, we have concocted a quick build guide for anyone looking to play one of D&D’s most interesting classes.

Dungeons and Dragons means different things to different players. To some, the game is all about role-playing and exploring. To others, the game is about raiding dungeons and fighting monsters. As this is a build guide, this article serves to benefit the latter style player. Beyond that, there are many different ways to build a class in D&D when it comes to combat. This build will ensure that any combat oriented player will have tons of fun. That being said, there are certainly alternate builds that can still achieve combat effectiveness and be lots of fun.

If you would like to learn how to play one of D&D’s other classes, check out our guides down below.

Now with all of that out of the way, check out our fun and combat savvy monk build down below.

The monk is a quite unique class. It can be used as a support class, thanks to sub-classes like Monk of Tranquility. It can be a quasi-defense class, though I am not fond of the monk’s defensive capabilities. More often than not, the monk class will be used to deal damage and to stun single targets.

What the monk lacks in tanking abilities or outrageous damage output, the class makes up for in mobility. Through its increased movement speed and nifty “Step of the Wind” ability, the monk can quickly zip into combat, land a few strikes and then flee away from danger before soaking up any damage.

To that end, this build will allow you to leap into the enemy’s backline and disrupt high-level targets with some damage and crowd control effects before leaping back to safety again. If you want unrelenting damage output, then perhaps consider checking out the fighter build guide up above. For those that enjoy tanking, the barbarian build guide up above can be quite a bit of fun. However if you want a unique style of damage dealing and incredible mobility, then you have come to the right place.

There are many ways to build a monk. With this setup, you will be capable of attacking enemies from a distance and from melee. I always enjoy the combat versatility of being able to choose if I want to front line or just volley damage from the backline of my group, as this is a great way to really manage your aggro during battle.

The “Mobile” feat is really nice for when you want to step into combat for some quick damage before dipping back out of the way. The monk is not as tanky as some other characters, so it is tactically best to take advantage of the class’ superior mobility as much as you can.

The key to this build is combat versatility and mobility. Thanks to the “Path of the Kensei” sub-class, the character can equip a longbow as a monk weapon. Equipped with a longbow while using the “Sharpshooter” feat, a monk can deal significant damage from afar. Being able to deal damage from range is incredibly advantageous, as you will be able to avoid more damage than otherwise could have been avoided by fighting melee on the front lines. That being said, a monk can still benefit from unarmed attacks and flurry of blows whenever they wish to apply their skills up close in melee.

Consequently, this build will allow you the freedom to stay at ranged to pick off enemies with your longbow. Or, you can dive into the action and pummel opponents with unarmed strikes.

It is also important to note that the kensei sub-class allows a monk to choose a series of other new weapons to act as monk weapons for the character. As you can trade out each weapon’s damage for martial arts damage, the decision concerning which weapons to add to your arsenal is largely personal opinion.

Warning: Concerning your ability scores, the graph above is using the standard 15, 14, 13, 12, 10, 8 ability allocation that players can use if they do not wish to roll their stats. That being said, your dungeon master may have you role for your stats rather than allocate your ability points manually.

The important thing to note about this build’s ability point allocation is that dexterity should take priority. Past that, wisdom is incredibly useful for any monk. Lastly, your constitution should not be too low. While you should be using your mobility to avoid as much aggro as possible, a hefty constitution will still ensure that you can handle danger whenever you can’t quite avoid taking damage.

Ultimately, this build is all about staying out of danger. The monk’s incredible mobility will ensure that you can get out of the way after diving in to dish out a stunning strike. Meanwhile, the character’s ability to deal damage from afar with a longbow will ensure that you can maintain your damage output whenever things get too harry on the front lines.

There are many other ways to build a monk. That being said, this build can be quite a bit of fun to play and quite a nuisance for your foes to deal with. 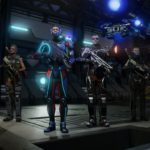 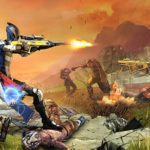