So you’re converting to FFXIV from WoW and are ready to take on the world of Final Fantasy, the MMO, round two. A little back story, there was Final Fantasy XI (FFXI) which was another MMO that was pretty… interesting. It was, I would say, a game of patience and challenge loved by many, played by few. Then came FFXIV which followed on the coattails of the FFXIII for the PS3 which was a weird game because it was very linear compared to the open world Final Fantasy single player games of before.

FFXIV when it originally launched was panned and then Final Fantasy XIV: A Realm Reborn was… born? I guess you could say. That’s the game we’re playing today and it was remade to be better than ever and is, for a tab-targeting game truly a AAA masterpiece in the genre now. After expansions iterating on the design, it’s definitely a really standout game.

So you’ll love Final Fantasy 14 if:

So kind of like Guild Wars 2 you don’t really marry into a specific class. You can do everything in the game on a single character, including all of the jobs (classes) and professions, with the only exception being the starter zones. There’s three starter zones and your character will only do the quests in the starter zone for the faction that they started with.

You can change jobs at will via the Armoury System. They all have their own levels and what not. Professions act as jobs too, with you having a completely different way of leveling them up.

There isn’t any addons in FFXIV. You get what you get for the interface. This may take some adjustment. This means there are no official damage meters for FFXIV.

Being toxic in FFXIV means you’ll get the boot a lot quicker. Be careful what you name your free company, house, chocobo, apartment, etc. Avoid griefing or any kind of nuisance behavior. GMs will temp ban you a lot faster.

The game has a 2.5 second global cooldown vs. WoW’s 1.5 second default. This is a lot slower but overtime you’ll learn skills that are off the GCD, speeding it up and you’ll find this helps a ton when dealing with movement in raids. You won’t be so focused on skills as your placement and how effective you are with each skill you use.

To summarize, FFXIV and WoW are very similar mechanically. Combat is a bit slower in FFXIV but it does ramp up and FFXIV makes you follow the main story unless you pay for a skip, unlike WoW which lets you level up however you want (or also pay for a skip). Toxic behavior is less tolerated and raids aren’t the only endgame in FFXIV.

Don’t forget to check out our gil farming guide as well to help kickstart your adventure.

If you’re making the move, I hope your adventures are fun and remember – WoW and FFXIV as of right now don’t delete characters. Never feel like you’re married to either or. 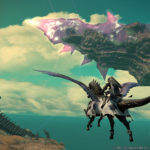 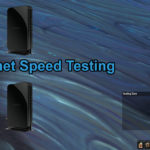