Back in the early 2000s, when online gaming was a new frontier lag was everywhere. All of the fun and excitement of online gaming was met with rubber banding (where your character would move forward then snap back to a previous spot), in 2005 when WoW launched you would get stuck in the looting pose and in FPS games were heavily impacted on lag with shots being missed as players rubber banded around the map. These issues these days are still a problem, although not as much of one as they used to be.

Gamers, to combat the lag, threw down their dial-up modems with 56k of blazing speed and took up cable and DSL as their preferred Internet standard. You had to live near a hub or some other kind of techno-gadget to get fast Internet, but that quickly expanded by 2010 to almost everywhere.

That’s not to say there are areas with limited broadband, nay that’s still true, but for the most part access to high speed Internet is nearly ubiquitous.

Yet that doesn’t mean you should snooze on doing a network checkup or asking if you’re getting what you’re paying for from your ISP. It’s good to understand what your Internet speed is, what your latency is and anything that there is to do to improve it.

The FCC’s Broadband Speed Guide is the quintessential document, the north star if you will, of American broadband speed estimates. These numbers are the safest numbers out there to leverage in marketing materials because they’re the US government’s best average. Your own country, should you not be in the US, likely has a similar document or leverages the US one.

According to the FCC, you only need 3Mbps for console gaming and 4Mbps for online multiplayer as the minimum. That seems… conservative but is rather factual. At those speeds you could play online multiplayer as long as your latency was good, but it would still likely be laggy and downloading patches would take forever.

Consumer plans generally range from 3 to 2000 Mbps with 50 & 125 Mbps being very popular options. I would say that that the best speed for gaming would be around 150 Mbps per active Internet user in the household. This gets you rather fast downloads of patches, lots of extra thoroughfare for other people in the household and other devices / applications (like your phone) and still be affordable. If you have five people on the Internet then I would look to get a plan above 500~750Mbps to support everyone on at the same time.

I personally think if you have the option, the fastest available from your ISP is the absolute best, for me that’s “gigabit” or 1000 Mbps.

You may want to look at your home broadband and your phone Internet speeds as two separate things. When your phone is outside of wifi you’re working off of your phone’s network. Phones have 4G and, possibly 5G connection speeds and no advertised mins or maximums. You’ll likely want to know what your connection speed is averaging before you hop into a multiplayer game, especially your latency. Even with 5G, you can still get subpar speeds and very high latency, making maybe a single player game better for where you’re at.

Latency & The Need to Test

There’s another thing that you should be aware of when we talk about Internet speeds and that’s latency. Latency is the time it takes for the Internet to leave your computer, go to where it needs to go, get what it needs to know and come back in the most basic analogy out there. You can check Wikipedia if you want to dive deeper, but the important thing to note is that your multiplayer lag will get worse with higher latency.

Latency is caused by a myriad of issues. The first could be your ISP but that’s not always the case. If you’re on wifi it could be how your antennas are facing, the location (like corners are not the best to put anything wifi), the signal strength, etc.

So that’s why it’s important to test both your Internet speed along with your latency.

It’s now time to test now that you know what the Internet is now and what latency is. My favorite test site is www.speedcheck.org because it’s super minimal (which helps it not impact the test results), works across every device with a web browser, doesn’t require an app and most importantly shows your latency.

Simply run the test of your choice and get your results. Here’s mine:

Something that’s nice about speedcheck.org is that you can register and track the history of your tests, which means you can keep an automatic log of what device tested what and when.

The very first thing I would check is your download speed and make sure that’s at least 80% of the advertised amount from your ISP. For me, that’s 1000 Mbps and I’m coming in at around 941 so that’s all good. Your computer and everything connected to your modem is downloading and uploading things so any test is going to have some variance and won’t always reach the advertised maximum.

If you do not know what the speed is you’re getting from your ISP then you’ll need to check your bill, online statement or call them. They should let you know what speed you’re paying for and what the cost is to go up and down speed tiers.

If we’re under 80% then we’re going to troubleshoot. You’ll want to turn off all the devices on your network but the one you’re testing with and close all the applications on that system. Run the test again. If you come back with a good result, slowly add more devices and keep retesting until you see the drop in Internet speeds again. Then you know which device is hogging all of your ‘net.

If you’re down to one device, nothing on that device using any of the network (you can check on a Windows PC via ctrl-alt-del and looking at the networking tab) and it’s still slow, time to call your ISP.

For latency, you’re wanting under 75~50 ms. This again depends on how many devices are using your Internet. For me I have two TVs going, so I know if it’s a mission critical match in a game I probably need to make sure to turn them off. Again, if you’re on a wired connection and nothing else is happening, then you’re going to want to reach out to your ISP and ask them to come check your Internet because you’re getting high latency. Your ISP can also help advise you on issues that are on your side as well.

I hope this guide is helpful for you and gets you back into the game faster than ever. 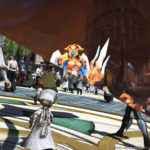 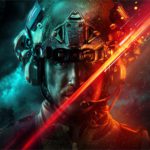