Nintendo’s Super Smash Bros. Ultimate, just like its many predecessors, has taken the world by storm. With that in mind, you are going to want to check out our guide if you want to stay in front of the proverbial pack.

Super Smash Bros. Ultimate has a towering roster of incredible characters. That being said, all of the game’s playable superstars were not created equal. While some characters have sunken to the bottom of the meta, other characters have gained heightened popularity for their prowess through the generations of Smash Bros. games. One character that has remained top tier through the years is none other than Pokemon’s longtime pocket monster Pikachu.

In order to up your game with this highly popular and highly effective pocket monster, check out our guide on Pikachu’s move list and player strategies down below. You can also read our entire tier list for Super Smash Bros. Ultimate here.

Pikachu is an incredibly versatile character. Consequently, there are not many characters that are guaranteed to give the powerful pocket monster too much trouble. Smash Bros. generally rewards mobility, making some of the game’s more mobile characters often more challenging for a Pikachu player to deal with.

To that end, Pikachu is quite good at pressuring some of the game’s less mobile characters. For a full list of Pikachu’s top five counters, check out the graphic up above.

Smash Bros. characters are each equipped with a bevy of powerful attacks. While each character comes equipped with these special attacks, some superstars come packing better weapons than others. Pikachu is certainly no different. Check out the details concerning Pikachu’s kit of abilities down below.

The forward ↗ tilt deals the most damage, making it a useful tool in most scenarios. However, the attack also has a low chance of knocking enemies out.

Pikachu’s aerial attacks each have the ability to strike an opponent multiple times. Consequently, these moves are great ways to get quick combos off for some significant damage.

Pikachu’s forward smash is a great move for when you need to knock out an enemy. The attack lingers for a significant amount of time, making it great for creating distance between yourself and another grounded enemy.

Pikachu’s floor attacks are pretty basic. They are nothing worth devising a strategy over, but offer enough damage to ward off incoming enemies when you’re down.

Pikachu’s special attacks are incredibly useful. The pocket monster’s thunder jolt can be cast in fairly quick succession, allowing you to spam damage down range. Beyond that, the jolts will actually stick to platforms. Rather than falling off the map, they will continue to travel across the bottom of the platform’s surface. Consequently, this move can be a great tool for keeping enemies away from edges of the map.

Pikachu’s skull bash is a great way to make up distance horizontally when necessary, so try to use it to increase the pocket monster’s mobility when necessary.

Pikachu’s final smash attack is a great one. Pikachu can pressure pretty much anyone on the map with this attack, so make sure to always keep your eye out for any player that has positioned themselves poorly before activating the attack. 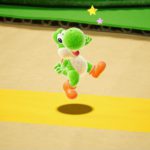 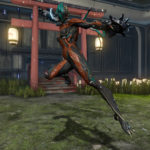