Here is a quick overview of how Joker functions in Smash Bros. Ultimate and a few tips and tricks for finding success with the character.

Joker, or Ren Amamiya, was first introduced in P-Studio’s Persona 5. Empowered with “persona,” the high schooler formed the infamous Phantom Thieves of Hearts in order to explore the Metaverse and purify the hearts of malicious individuals. Just like in Persona 5, in Smash Bros. Ultimate Joker is certainly no laughing matter.

Joker is mostly a close-range fighter, though the character does have a pistol that can be used to keep mid-range opponents at bay. The character is quite mobile, though not as floaty as a character like Kirby. Still, Joker can dish out some punishing damage if operated properly.

If Joker turns out to not be to your liking, check out the “Top 5 Most Fun Fighters to Play in Super Smash Bros. Ultimate.”

Joker has a somewhat unique and powerful moveset, likely leading to the character being a quick favorite with players. Players can spam Joker’s pistol for some quick mid-range damage. Meanwhile, the character’s grappling hook functions similarly to Ivysaur’s “Vine Whip” ability. Joker’s full moveset can be seen within the video provided below.

Whenever Joker takes damage, that damage will begin to fill the character’s “Rebellion Gauge.” When team members take damage, the gauge also fills. Once full, Joker can deplete the Rebellion Gauge in order to summon his Persona Arsene. After Arsene has been summoned, all of Joker’s moves gain buffs and new features.

With that in mind, here is a quick description of each of Joker’s special moves, his final smash and the Arsene buffed special moves.

Now that you have a firm understanding of Joker’s moveset, check out these quick tips and tricks for how to best utilize the character’s abilities.

If you want to see how all of the Super Smash Bros. Ultimate characters stack up, check out our tier list here. 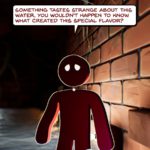 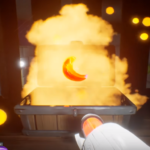