I couldn’t count on two hands the number of tier lists for SSBU, but not everyone is interested in which fighter is considered S-tier or which ones can make a 0% to death combo. Sometimes people want to know which character is just plain fun to play, and that’s where this list comes in. So for every casual Smash player out there, this one’s for you. Our Top 5 most fun characters to play in Super Smash Bros. Ultimate!

Before we get started I want to preface this by saying that this list is in no particular order, every fighter in Smash could have been on this list but here we are just as universal of a list as possible. With that out of the way, onto the list.

You thought Sonic was fast? Little Mac puts the hedgehog to shame and if you disagree then try running back and forth on a long flat map and you’ll see what I mean. Honestly, this position could have gone to Sonic, but there is something so satisfying about the control that Little Mac has at high speeds that make him a more fun character than the uncontrollable blue ball. On top of that being able to use his side B after such a fast sprint makes for a satisfying hit when it does land even if you’re more like to overshoot it a little bit, but it’s not all about the punches here. Besides who can resist his ridiculous speed running with his nose practically touching the ground the whole time, he’s a step away from being the kid in middle school that would Naruto run to lunch every day.

Piranha Plant – The Bizarre One

If you want to talk about weird characters, Piranha Plant by far takes the cake but even if it (she? he? They?) is weird that just makes him more fun to play! It feels almost cartoonish when you charge an up smash, and it pulls it’s head into the little pot that it’s in and then launches upward, even for how ridiculous it is it remains immensely satisfying. All of his attacks feel that much more satisfying when you realize that his play style feels like picking up a potted plant and placing it next to your enemy and having it beat them up for you. Pretty much any and every attack this little demon plant uses is gratifying when it lands and just feels so wrong in all the right ways.

If you ever play any match in SSBU with a Snake player, you’ll know that every single one starts with a grenade throw. EVERY. TIME. It’s all because even if you lose the match just landing a single hit with it feels like such a gratifying move. The best way to summarize a Snake game is “HA! you just fell into my totally intentional trap!” when in reality you were throwing grenades like a basketball game at an arcade. Not to mention the ultimate trap of the down B C4 placement that is one of the most fun games of trying to predict when to explode it under your opponents’ feet ever.

Now I’ll admit that I am a bit biased towards heavy characters, which Smash Ultimate did exceptionally well with even arguably the best in the series and I am particularly fond of King K. Rool and his extremely satisfying hits. This position was a tough match-up between Ganondorf and King K., but I think the heafty reptile wins out just for the sheer amount of satisfying but fairly simple combos he has. Nothing is more absolutely disrespectful than catching someone in a grab and slamming them into the ground or hitting them with the down smash and then catching them with a boxing glove to death, and nobody will be able to change my mind on that. Plus nearly every one of his attacks feels so brutal, every punch, kick, and headbutt makes you want to say “Ouch” over and over and over again.

Ah the one true King himself, at first glance he seems like nothing more than a funny rotund penguin playing at royalty but oh boy is that wrong. King Dedede is all about making winning look effortless and fun. Each hammer hit shakes the earth and landing one feels so good you just want more and makes your enemies quake in fear, well that is if they are still alive to feel it. The real reason he is on this list as “The Biggest Troll” is because while standing still and pushing down on the left stick would typically make your character duck or something of that nature Dedede just lays down in the most leisurely way imaginable, like an ancient Greek politician waiting to be fed his grapes by someone else. It’s easily the best taunt in the game and isn’t even a real taunt! If you are playing a game with a King D and he doesn’t lay down at some point, then someone is just playing him wrong.

So there’s our list for the most fun Smash Ultimate characters, think I’m wrong? Have more fun playing as someone else more? Let us know in the comments below! 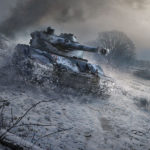 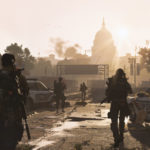