Now I’m sure people are tired of hearing about GOTY talk and now that it’s a new year I’m sure you thought that you were safe finally, well GOTCHA. Honestly, I absolutely love to argue, well more of debate topics back and forth with both sides bringing up good points and supporting those points with sound logic then waiting while the other person does the same, or at the very least yelling that doesn’t end in fights, tears or both. So obviously all of the game of the year talk had me ready to grab a drink and some cough drops but I personally feel that it’s unfair to decide a true game of the year before January, but now that the first of the year has passed lets get down to the nitty-gritty of why GoW still reigns supreme.

First let’s talk about some of the challengers to the throne, mainly Super Smash Bros Ultimate, Spider-Man (PS4) and Red Dead Redemption 2. Now don’t get me wrong, I absolutely love every game that I just listed but none of them quite match up to how perfect of an experience GoW is. SSBU is a masterpiece of game play, with comprehensive, tight and fun controls that make the hours fly by because you got lost in just smashing (pun intended) your way through the character line up but in terms of story the game really lacks a truly immersive story with the “Story” just lacking in a lot of….. well story. Spider-Man (PS4) is a wonder in gaming, the story is full of exciting twists and fun takes on the same old villains and really Spider-Man story that we know, but where the game ends up coming short is the combat. After a while beating up gang members and SABER agents the combat sort of feels repetitive web this guy, slam that guy, so forth and so on, while swinging around the city takes quite a bit longer to get old eventually you start to feel the wear and tear of the game start to hit you, mind you this is long after you finish the main story that these start to happen but the dlc bought enough time for it to sink in. Finally, Red Dead Redemption 2 has easily one of the best stories in a video game to date and plays out in a fusion of mafioso style gang loyalty and Greek epic levels of tragedy along with truly immersive gameplay and mesmerizing characters that you really end up feeling for by the end of the game. What the game suffers from is a gameplay experience that claims play how you want and do what you want but when you get to the story the game railroads you into doing things their way and really takes away from the immersive experience that is the rest of the game. Now that I am done bashing games that I actually really enjoy lets get to why God of War nails so many of these points.

I don’t think I could possibly praise God of War (2018) enough, this game is so damn near perfect that it hurts. Where GoW really shines is in how different yet similar it is to its predecessors, the everything may look different but at its core the truly great ideas that the original games put forward of a truly great hack and slash game play with intermittent puzzle solving and platforming is still there but it feels fresh and so GOOD. Every kill feels brutal, every hit weighted, and every time you recall that axe feels so right. Not only does the combat feel good but the story is beat for beat amazing, and most of all oddly relatable because at the end of the day it is about a guy trying to be a single parent and raise his son right, the only real difference here that the dad also murdered an entire pantheon of gods and really doesn’t want his kid to find out but hey everyone is different. Even the exploration in the game felt satisfying, finding every new area that the main story didn’t explicitly talk about or bring you to felt like actual exploration and a shocking new discovery every time. Most shockingly of all the entire time I was playing that game I was convinced the end of the game was around every corner, every boat ride was my last and suddenly I would be whisked away to the end credits and have to wait who knows how long for more to play. Now normally I would chalk that up to just me being me and the way I play games but I have heard the same thing from many different people who played the game, that everything made you go “Aw that was it?!?!?” until you eventually finish the game and are finally left satisfied with how the whole game played out.

Overall God of War (2018) is a masterclass in gorgeous art, compelling story, and world-class gameplay, that deserves to be experienced in some way shape or form and no other game in 2018 managed to top this epic of a game. That is why God of War was the best game of 2018, now if you will excuse me I have to go to a party and drive everyone off with all of my discussion of this game. 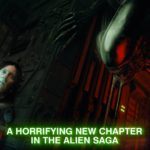 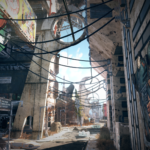