Who are FGC Tier Lists for, really?

Tier lists are some of the most shared content around in the FGC and most other competitive titles. It has gotten to the point that they’ve memeed their way into pretty much everything. Cereals? There are tier lists for that, cars? Brands of soft drinks, tier lists styles themselves? It all has a tier list waiting to be developed.

Of course, the concept didn’t originate in the FGC. It comes from traditional sports, and even beyond that, it is a handy way to segment things into various categories, in the case of tier lists that are often the quality of each item more often than not. But an element that is discussed a lot whenever new tier lists pop up is not so much their validity but who they are intended for.

Are they for Pro players?

When competitive players release their tier lists, like it’s the case with Super Smash Bros competitors and their multiple SSBU tier lists, they generally share the sentiment of such compilations being meant to illustrate a very narrow window of potential. As such, instead of thinking that the best character in a tier list is automatically the best choice, or the lowest one the absolute objective, worse choice. The idea with tier lists aimed at professional players is to open up a discussion as to what is the expected return on investment for a particular character.

Take, for example, someone like Sonic. A character believed to be in the upper-middle section of the standings across the board for most Super Smash Bros Ultimate high-ranking competitors. Being in that position is by no means an indictment of its ability to pop off in a tournament bracket under the right circumstances and if it is being played by a dedicated master to him.

Sonix is one of the leading experts in the character, and he has just been crowned the second-best player in the Online era by the respected Wi-Fi Warrior Ranking group, with his sights clearly pointed to a Panda Global Ranking next.

For these players, Tier Lists are an exercise on complexity. Sure, some might only put in a small amount of effort in order characters. But most have already internalized so much detail about their main games and characters that it is natural for them to constantly iterate on them, even more so when updates potentially change the game’s balance.

Well explained, Tier Lists also provide a unique insight into how players think a matchup might go. A popular metric is the percentage of matchup wins. The idea is that you might have a favorite for some matches but not a clear winner. So you might call a game as a 60/40% split between the two opponents. Generally, you would consider players, but you can also do this mental exercise with just characters. The process of working out the whys after your initial gut feeling is how pro players might find certain expectations in a character that is not necessarily true, thus changing how they approach their next matchup.

Are they for New players?

The second biggest pool of tier lists categories is reserved for beginner tier lists, meant to give newcomers to games a quick idea of what might be worth putting the time into before they make a choice that might not be able to go as far as the other in the competitive world. But the is a glaring flaw with this approach.

Most new players will never touch high-level competitive matches in their time playing, and the character they feel most comfortable with might not be the one most agree to be the best starting place. This leads to them feeling like they will lag behind other players who are using “easier” or “noobish” characters.

Sub-zero is one such character in the latest Mortal Kombat title, Mortal Kombat 11 Ultimate. The Iconic character is thought to be not that great in the top end of the competition, but he is without a doubt a fantastic character for players who are coming into the game for the first time, to a point.

After a certain level of expertise, Sub-Zero players did not develop an underlying understanding of the game’s mechanics. Instead, they opted to just cruise through it with the character will hit a wall once faced with competition that did have the time to learn about frame advantage, jump in attacks, and have practiced a good number of combos and ways to start combos.

How should I read Tier Lists?

Use them as a way to open new paths to walk down towards. If you find yourself looking at a pro player tier lists not knowing why a character you like is so low or high, then start to ask questions. Ask players, experts, commentators, anyone! Let it fuel your hunger for more details, and it will inevitably lead to a greeted understanding of how the game works at a fundamental level. 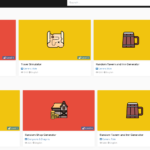 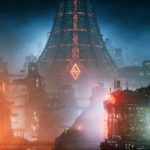