How important it is to really speak to game developers and more importantly how to get them to listen
January 18, 2019

“Do you guys not have phones?” A phrase that will live in infamy as the moment where people of the what I would define as more “hardcore” gaming audience realized that mobile games had worked their way into even the most “sacred” of gaming franchises. Mortal Kombat has one, Diablo is getting one and now the much-loved Alien: Isolation is getting a mobile sequel. But that is old news now and acts more as inspiration and example then the breaking of a story, so this one’s for you Alien: Blackout. What I am trying to say here is that there are basically two things that are examined when a game is put into development and that is money and popularity. The gaming community is at a crossroads where those two things are starting to butt heads which is ultimately hurting the people caught in the crossfire.

No one can deny the popularity and profitability of mobile gaming, whether you find that good or bad is beyond the point, and larger developers have definitely noticed and can you blame them? Candy Crush made almost $1billion between July 2017 and July 2018, and publisher “King” was acquired by Activison Blizzard for $5.9 billion in 2016 (funny how they get one of the biggest mobile games around and then try replicate that magic with one of their biggest franchises), its hard not to notice those kinds of numbers in an industry where the produce requires a lot of time and money to produce something that has no guarantee of success. The popularity is staggering, 2.9 billion people are estimated to have smartphones by 2020 and relatively it is cheaper to advertise for a mobile game than your average AAA title so mobile games start to look more and more like an easy cash grab the deeper you look at them.

While the gaming community is a very diverse group of people from every corner of the globe but the most vocal and forward facing members of this community see mobile games as essentially the destruction of everything they love and care about in their games and hate this new turn towards mobile or at least as a “Not for me but please keep it away from me” sort of thing. Whether or not you agree is up to you and you alone, the most important thing is that you have to understand how to communicate with the developers of games so that they understand whether or not this is something that you want.

Now I know what you are thinking, “All that to tell us not to buy things we don’t like?” but I ask you to hear me out. If you are consuming a product, whether or not you enjoy it, all the developer sees is that someone used, bought, traded, ate, whatever their product and if you are consuming it then obviously you must want more right? Games are no different. Every time you download that mobile game you really hate just so you can say that you did and it was terrible and so forth and so on, those come back to the developer as just another download. You have to do whatever you can, within reason, to let the developer know how you feel.

I have been using the term developer pretty broadly here so let me get specific here. When I use the term developer here I do NOT mean the game designers and coders and the like, the people that passionately throw themselves into making as good of a game as they can, and sink their blood sweat and tears into projects. I am talking about the money holders and statistic junkies that look purely at the numbers for what direction they want to go next, what projects to develop and the like. This is a point that I want to make distinct simply because I felt it needed clarification, but I digress.

Now I to try to be fair here because there are plenty of examples of developers listening to what their community is actually saying not just playing, Hello Games is, ironically, a good example of this. Instead of abandoning their smash disaster “No Mans Sky” they decided to stick to their guns and continue to develop and support it. the studio managed to salvage it creating a much better experience then what the game initially shipped as even if it doesn’t live up to what they initially promised. At the end of the day all of this is to say that it is up to YOU to decide what you want and your responsibility to aware of who and what you are supporting when you invest your time and money into your games and that if you don’t like what a developer is doing hit ’em where it hurts the most, their wallet. 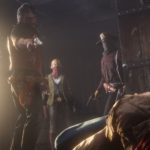 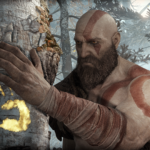