Google Stadia is both the hardware and software behind the Google Stadia streaming platform. The only requirement is to have a game controller of any sort that is compatible with Google Chromecast or the supported device that you’re playing Stadia on and it works on a lot of devices. Let’s take this slow and go over everything you need to know to get started on Google Stadia.

What is Google Stadia

This is complicated, because the answer just isn’t “Google Stadia is a video game streaming service like PS Now” because while true, it’s more than that. Google Stadia is a video game streaming platform, where you purchase games to play on the Stadia platform with lots of additional features – like Google Assistant can fetch games for you (likely a feature of the Google Stadia controller, but also just as likely a feature anyone can use), there is crowd play which will let you join streamers in their lobbys and the games they’re playing and is free in the base edition.

There is a base edition, which is free which lets you play games you own at 1080p and an optional pro subscription, at $9.99 a month, which allows 4k streaming and free games, along with discounts.

Google Stadia works on desktops (Win7 or higher), Macs (macOS X 10.9 or higher), Chromecast Ultra, Google Chrome on tablets and at launch the Pixel 3 and Pixel 3a phones. Chrome is required.

Any regular controller should work. The Stadia Controller is not required, but suggested.

While not required, the founders edition gives you a controller and a Chromecast Ultra, along with 3 months of pro and 3 months of pro to gift for $129.99. It also lets you register your name in the system before anyone else.

There are lots of games to mention here. For an up to date list, check out the Stadia Games portal.

Considering the platform is free and you likely have all the components to play, the decision to use Google Stadia comes down to how well the technology works for you. Google says you need 32 Mbps to stream at 4k and their speedtest gave me 212Mbps, so for me it likely will run well. PS Now does amazing for me, so I expect the same for Google Stadia. Those without good, reliable Internet or when the Internet is being flakey (like someone is downloading something or wifi signal is just weak) it might be a frustrating experience.

Choosing to purchase the founders edition should be up to you, really. If you think and believe in the technology, it’s a great deal. If you’re unsure or on the fence, there isn’t any harm waiting on it’s launch and giving it a try before you go all in. You’re just going to miss out on the founders badge. 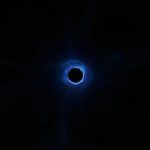 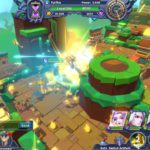 Endless World Sprint Guide – How to Win the Sprint