What Is and How to Get Twitch Prime

Twitch is a massive streaming platform. That being said, thanks to Amazon Prime, it has become even bigger. Check out this quick guide to figure out how to subscribe to Twitch Prime.

Twitch first launched back in 2011, offering gamers seemingly endless streaming content to consume. Now encompassing millions upon millions of hours worth of content, Twitch has become the streaming platform of choice within the video game community. Just three years ago, a new service made its way to Twitch, being Twitch Prime.

Twitch was acquired by Amazon for a whopping $970 million back in 2014. By 2016, Amazon decided to make the most out of their popular Amazon Prime service by adding Twitch to the mix.

Amazon Prime is a subscription service offered by Amazon. For a monthly fee, Amazon users can receive free shipping on all their items. Beyond that, Amazon has begun offering video streaming and games to the subscription service. If you want to get the most bang for your proverbial buck out of Twitch, you may want to sign up for this popular service.

Twitch Prime was announced in 2016. The feature is provided to any and all subscribers to Amazon Prime.

Why should I care about Twitch Prime, you ask? Well, there are a few reasons. Check out our breakdown of Twitch Prime down below.

How to get Twitch Prime

In order to lock down a subscription to Twitch Prime, you will have to go through a few steps.

As provided by help.twitch.tv, you should do the following if you are not an Amazon Prime member and are currently looking to join Twitch Prime. First, go to the following site here. Next, follow the steps below. 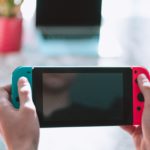 How to Set up Your Switch 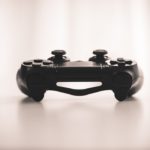