Steam Decks have just been announced and reservations will have opened up at 10AM July 16th. Assuming you have the chance to reserve one, depending on how much stock Valve has. You can reserve one on the following page at Steam and it comes in three models. A base model, a mid-tier model and a high end model. A quick rundown of the three:

Note, there is a MicroSD slot for more storage.

If you want a solid professional unbiased overview of the hardware, checkout Gamer Nexus.

Valve has failed on almost every hardware release so far, with only the Vive VR headset remaining their only to date successful hardware launch. The previous attempts to disrupt PC gaming have failed miserably, with the Steam Boxes, Steam OS and Steam Controllers all flopping with the community. So considering the history, there is probably little reason to pre-purchase the console before it’s known if it’s worth anything to begin with.

It looks pretty good, you’ve got four trigger buttons on the top, four on the back, two trackpads, two thumb buttons and the four normal controller buttons, plus a D-Pad, but no one has been hands on with it so no one knows if the buttons being jammed in the top right corner makes it usable or not. No one knows how well it works or what is the kind of games you can run on it. It has an AMD Zen 2 processor and can run Windows, but I have a hard time believing something so small is going to power a AAA game like Control very well even at the limited resolution of 1280×800 and we don’t know what it’s like in dock mode.

So in a normal situation we’d likely say yeah, don’t reserve it. Wait for it to launch and see if it’s any good. The default OS is SteamOS which doesn’t have that many rave reviews or adoption and we could be seeing a weird situation where it’s just a bad product with good marketing or an actual killer device for a specific set of games (like fighting games or something).

Yet, there are major stock shortages so the question of “should you reserve” a Steam Deck is more of “are you wanting to buy one if it’s good or bad” and then if the answer is yes, then yes, go ahead and reserve it.

2 to 8 Hours of Battery Life

There’s some major concerns with the Steam Deck though – even with shortages meaning reserving it may be the only way to obtain one. The first is it offers 2 to 8 hours of battery life, which means that you might not get much gaming on it on the go.

The second is its size. The Nintendo Switch doesn’t output 4k video games because it’s a super thin mobile console. It does 1080p because of its size and the fact it likely would need more components or even a huge external GPU to help it push 4k in dock mode. Steam, with current supply constraints, can’t have cracked the egg of making essentially a fully fledged gaming PC on what is effectively a slightly larger mobile phone.

Then there’s the practicality behind it. We already have things like the Razer Kishi which turn any mobile phone effectively into a Nintendo Switch hybrid. We also have other manufacturers making portable Windows gaming consoles for folks to play low end PC games and emulation on. So it’s yet another device to lug around with you.

I won’t be reserving one, only because I don’t see where this fits into my life. I have a Switch and controllers for my mobile phone (both the controller with a phone mount and the Razer Kishi). I can already stream Steam games from my beefy gaming PC to my phone, so that’s not a huge thing for me. My phone’s battery life is pretty long and charges really well, it fits in my pocket and I’m pretty happy with that setup.

The Steam Deck is neat, but ultimately the only reason to reserve one is if you’re a fan of the device, want to collect one or just really think you’re going to have bad FOMO if you don’t. Otherwise I would just ignore it, it’s a pricey piece of technology that doesn’t seem to fit any pain points in the market. I might eat those words when its release and I sure do, no one wants someone to fail with their product but from history and the specs and supply, I just don’t see this holding long. 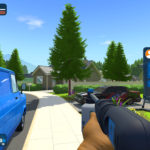 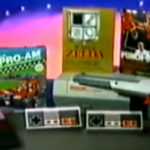