If you have fond memories of the good ‘ol days of games from bygone eras then you may want to consider buying games now instead of later, no matter which day you read this. The reason being that physical game media is becoming more rare by the day as games break, get thrown out and are lost to the fates of time. The prices of which are increasing, especially as older games which used cardboard for their cases begin to decay from moisture and age.

The community and market for physical video games remained rather stable for a long period of time. Generally speaking, games were worth a percentage of their retail price based on popularity, with more popular games taking a smaller percentage of their retail on third party sites like eBay. For instance, a $49.99 game would likely sale for $35 on eBay used for the longest time, then $25 and finally around $10. If the game was more rare, it might for instance stay in the $40 price range.

We’ve moved into an era of older game scarcity and as such, prices are far exceeding original retail. You’ll find that a brand new copy of a Gamecube, Xbox or Playstation 1 game will set you back around $100 to $200 based on popularity. New copies of N64 games and below have recently sold at auction for over a million, but generally can average in the $1,000s depending on condition and the game.

So a game that was worth $50 in 2014 is probably worth $200 today. Likewise, games that were worth almost nothing 10~15 years ago like Final Fantasy 7 are now worth a lot more, especially if they’re complete. Yet some other games are worth… less than they were new, even sealed like Persona 3 and Persona 4 (as of posting this).

If you’re interested in modern game collecting, check out our post on Limited Run Games and the game collectors market.

Deciding What to Collect

To begin with, it’s good to decide what you want to collect. Below are the three primary categories that comprise what would be considered a collection of games. You can collect randomly, but if you’re wanting to collect thematically then the below advice will help.

The best systems to collect for (with the higher raising values) are below. Naturally any system or anything you wan to collect is worthwhile, but these are the most popular with the highest moving inventory.

These are the primary collections that everyone seeks. Next you’ll need to decide how you want to collect it. There’s a few primary methodologies:

Then there’s the condition that each item in the collection will probably want to match.

Now that you have an idea of what you’re after, you’ll need to buy games and to do that you need to know the market price. It can remain stable for 10+ years and then fluctuate rapidly from there, so there’s a lot of data to look at. Be sure to search all available outlets, looking at listed AND sold price. You do not want to just go off of listings, as that can be deceptive.

Once you have an idea of how much a game is you can now go out into the wide world and find it for about that price, depending on your patience.

This can be difficult depending on the game. A copy of Final Fantasy 7 for the PS1 is going to be rather easy to find in game stores, online stores and marketplaces like eBay and Mercari. However, something like Rule of Rose for the PS2 is going to be kind of hard to find at a reasonable price just off the shelf somewhere. So you have to do your research, figure out what you’re willing to pay then search all the sites to find a copy.

If paying by PayPal, always pay with Goods & Services. Never pay for any purchase without purchase protection (i.e. Venmo, Cash App, Zelle are not protected).

Always buy from reputable websites. Do your research on any website before spending money.

Real life has game stores, which often have a considerable markup over the used market although deals can be found.

Yard sales are great too! Sometimes some rare finds to be had that are in great condition at yard sales.

One thing to note is that more systems have reproduction copies of popular games sitting out there. You’ll see in reputable listings folks showing the actual boards inside their carts. It is to prove its authentic and not a reproduction, which can happen with cartridges. The plastic molds can be pulled from cheaper, more common games and the boards replaced with reproduction boards. Then the stickers can be reproduced as well, making it really easy to counterfeit some of these games.

Not to mention boxes and sometimes (although more rarely) manuals can be reproduced. You can tell reproductions by comparing pictures of retail OEM boards to the board you’re purchasing. This is a very deep subject though and something to be highly aware of while collecting.

This is hard, lengthy and a considerable investment and hobby. This article is one of many articles you should read on collecting and talk to a lot of other enthusiasts and involve yourself in the community to avoid reproductions, get the best deals and just learn more about collecting.

Essentially you’ll have to buy games slowly over time, evaluating the quality of each one to your collection’s standards. Some goals, like every US SNES game, can involve over 700 games to collect. There’s about 250 US Dreamcast games. The PS2 has over 1,800 games. So you’ll need to be careful and budget correctly, source your games smartly and in general hustle pretty hard to fill out your collection.

Well that’s everything on collecting retro games. From here go forth and enjoy the hobby! Be sure if you want to play your games to get a console and an adapter for modern TVs or, if you want to try something new, an upscaler. Even the Wii needs an HDMI adapter for modern TVs. If you have a lot of retro games, a converter box can often be better than special adapters for each console. 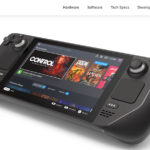 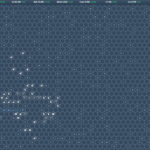