In a recent video by Karl Jobst, he proposes that we’re in a retro video game bubble that’s been artificially inflated by the same folks who have done so with coins and comic books. That prices right now are unsustainable and that the market will collapse, leaving sellers with no buyers. Which is kind of scary for folks who love video games and kind of hard to take in for those who are attempting to invest in retro games.

Well, when we ask if we’re in a retro video game bubble, the answer is very likely dependent on the game itself and the condition of the game. Loose cartridges, CIB games and games that are new but not graded are all right now showing minor inflation due to higher demand during 2020 and 2021 lockdowns for older games, especially in the Gamecube market. Collectors may have to pay a premium for some of their favorite old games in 2021 / 2022. Limited releases like Limited Run Games and games with short prints are also seeing fairly high prices from scalpers, but while prices may retract some short term, long term the short prints and scarcity will keep the prices at a minimum of 2x retail.

Are we in a graded video game bubble? That is dependent on the game as well. Less popular games are generally priced accurately, while more popular first party Nintendo releases are seeing some hyperinflation in pricing, which can only mean that people are speculating. So I’d highly encourage caution with any graded game over $5,000. While some graded games will always hold value just due to scarcity, the actual games are not scarce enough yet to demand prices above 100x retail ($59.99 x 100 = $5,999).

Are we in a video game bubble? Outside of the graded and retro game markets, no. Video games in of themselves are cheaper than ever considering inflation and almost no price rise. Scarcity of some titles make the secondary market copies cost more than retail, but otherwise the video game market in of itself is fine right now.

Start doing your research into something you’re excited to purchase if you’re seeing any of the below:

When I say do your research, I mean it! It’s important to know more about what you’re purchasing if you’re making a big purchase. You need to really dig deep and figure out if paying $x is really worth it for you. 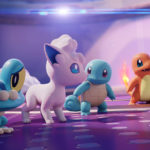 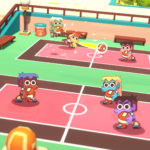