Limited Run Games is a publisher of limited runs of physical games. There are other outlets, like Strictly Limited, that do a similar thing but Limited Run Games is what I would consider the industry leader in this very interesting world of limited video game releases. Their popularity recently has continued to only soar as collectors attempt to collect a wide range of their products, from the games they love to those who just love to collect every release.

To be completely candid, I recently was looking at MidBoss’s Japanese release of the 2064 collector’s edition and fell immediately in love with the artwork and everything about it. Obtaining the previous US release led me down a long and wild adventure into a niche market that’s exploding in popularity and has a lot of pieces to untangle.

If you’re not huge into fashion, you may see some of the prices for designer items and feel a sense of shock and often that can be justified – the brand is what drives the price, but there’s a lot more going into that price. First, most pieces are very limited and only so many are made (laboriously, by hand). The materials, the artisans time (several hours per piece at a rather decent wage) and more create an environment where they can charge a considerable price for their goods.

The hype street wear market takes this a step further, going and say screen printing a limited number of shirts and releasing them, while the secondary market decide what is and isn’t hype, then due to the scarcity of the product, the prices drive miles high.

In video gaming, for the longest time there was the “collector’s edition” of a game which included a lot of cool extras (think cloth maps, trinkets, figurines, hats, t-shirts, etc.) for fans of the game. These were often only available via preorder (so they knew how many to make) or only a few went to each store, just because they really weren’t that in demand or they wanted to make them feel like a real collector’s item.

Over time, these collector’s editions went up and down in price, with things like the World of Warcraft original collector’s edition still growing in price. At the same time, they also became more of a legacy, long forgotten as games went digital and video game retailers along with department stores didn’t want to carry clunky boxes that wouldn’t sell.

In the year 2015, a company called Limited Run Games started with a physical releases in 2015 and eventually games like Celeste, Iconoclasts, Turok and more began to show up. The gamer community embraced the releases, not only due to the physical nature (with the case and goodies and everything) but the fact that a lot of the games would never have seen a physical release without someone like Limited Run Games making it economical for the developer.

So there’s a few levels of releases for these games.

The first is open pre-orders where they take as many pre-orders as anyone wants to order (within their purchase limits) then, they go make that many. These are usually open for weeks and if you buy it during the open pre-order period, you’re good to go.

The next is a limited run where a developer decides how many copies to run. These open up at a set time and date and it’s first come, first serve with purchase limits applied.

Then there are the games they just publish, which are just for sale like normal games during the products lifecycle.

Finally, there are the Best Buy and other retailer releases, which use different art work to distinguish from the original limited run and are usually available in decent quality.

Each run has a limited set of copies, picked by the developer. They withhold 10% (according to their FAQ) for shipping errors, which are later released after all their shipments are done. Then that’s it. Any reprint after that is released to retail stores like Best Buy and their other partners, with different artwork or by even another game publisher.

Here’s where the interesting part comes in. If you don’t purchase the game during the pre-order time or if it’s not just something always for sale then you’re basically left with no way to officially order it from a first party.

That means it’s time to turn to the secondary market like Amazon sellers for Limited Run Games, eBay and Facebook (even Mercari is in on this). Basically any site that allows folks to sell their stuff will generally have these LRG games on them and this is where things get complicated.

The price / value of a game is determined very similar to the hype market. What the buzz around a game plus the limited run of the game can determine the price. Like below:

You can see the prices are kind of random, based on a lot of factors and just how the market sees things. It also makes it hard to sort of just get a game you want. Like the Lumines Remastered Deluxe Edition up there taunts me, but I just can’t spend the $100 for it.

Of course, the actual publisher makes nothing off of these sales, interestingly enough. They make their base price for the game and that’s it. When say one of these games sells for $800 or whatever, they don’t profit, some gamer / collector or begrudgingly scalper profits.

If you want something from the secondary market then you’ll need to first figure out what the fair price is. For me I just searched everywhere for my copy of 2064 and they all fell in line with $150, so I found one that included the trading card and then bought it off of eBay. This was $100 more than retail, which stings but I sort of wanted it so I paid it.

You can usually trade or find better deals on Facebook groups but I just don’t like recommending it. You don’t get the protection like someone like eBay or Amazon is going to give you if you get sent something silly instead of what you bought. Like if they’re selling it new and it arrives without the cellophane wrap around it.

Of course the other option is just be content with the digital purchases. Physical object collection can be expensive and ultimately, digital downloads of a game support the developer and let you play the game. So don’t ever feel like you need to go out of your way to get a game or feel anxious when you can buy them on the digital market.

There’s actually some controversy around Limited Run Games and I originally wrote “small amount” but that became quite dishonest as I wrote. Here’s some of the remarks from around the web and my research into them.

When I sell something on eBay the absolute worst thing I can ever do is buy a box to ship something in. It feels like I’m just losing profit. I horde shipping boxes for this very reason. A small boutique store is charging $1.99 for a shipping box for a video game that will feel in a less inexpensive bubble mailer.

Collectors don’t like the bubble mailer as it can mess up the game, but ultimately Limited Run Games is selling games, not perfect sports cards. So if you want these games made then you should be okay paying the extra shipping charge to get it in a box if you want your game perfect.

This is true and not true. They are a boutique game publisher creating physical copies of games that traditionally couldn’t afford a physical copy release. They take on the task of finding out how many copies will be purchased, printing that many copies and then sharing the profit with the game developer. They sell games are MSRP, so ultimately they’re focused on making sure they make only as many copies as fans want.

Scalpers, bots and other things that plague the street wear and general fashion market, video game and CPU market, etc. are also working hard to secure copies of LRG games as they release. This means that LRG works as hard as they can with what resources they have to fight scalpers, but they can drive the secondary market price up which ultimately isn’t the fault of (or desire of) LRG who doesn’t profit off of secondary market sales.

This is something that I can’t really give an opinion on without coming off as an apologist. So the best I can describe is that some editions of a game that is pre-ordered won’t ship for a year and even when shipments begin, they can take weeks and weeks for all the copies of a run to ship out.

It’s a small business, ultimately you have to walk into purchasing from them with the understanding that there is a long timeline for the production of the game and for it to ship out to you.

Know Which Games Will Sell for More

Finally, if you’re looking to purchase games to sell at a later date when their value on the secondary market increase then you more or less will have to take a few things into account.

The first is that there is often little reason for prices to escalate for an LRG. Sometimes it’s a game is just loved a lot, so no one wants to part with their copies and other times social media generates buzz around a game and it gets people excited about it.

The other is that Best Buy and other retailers will sell copies of the game later sometimes. This means that you can buy a physical copy of a game and for a lot of folks this is just all they need. They don’t care that much about cover variants, etc. This can crash the price of an original run of an LRG game for awhile.

Game popularity has an odd correlation to value too. Less popular games (which means fewer copies were purchased) can become more valuable to people who just want to collect for collectings sake and not because they favor the game. 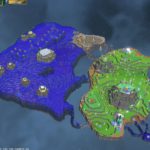 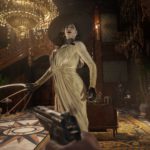