We’ve listed out the best weapons in Resident Evil: Village for you to use. We list the knife & handgun at the top, even if they’re the default weapons because the knife costs no ammo and the handgun has probably the most ammo available in the game. Guns are available via the shop and can be found in treasure locations throughout the game.

Once you beat the game, depending on the difficulty, when you load back into your save you can buy a new assortment of weapons. We let you know what the best post-game weapon is for achievement hunting. New Game+ gives you the ability to buy a hype gun at the start, but by then you should have a strong feeling for the game.

The biggest tip I can give you is to get the Wolfsbane as soon as its available. Most of the game is going to be the shotgun, handgun and knife, but the Wolfsbane (even with its limited ammo) is just so strong.

Best Weapons While Playing the Game & Where to Get Them

#1: Knife & Handgun – Received at the start of the game. Both are basically your primary weapons throughout the game due to the unlimited ammo of the knife and the extensive amount of ammo for the handgun.

#2: M1851 Wolfsbane Revolver – This is found after the reservoir, use the crank on the gate outside the windmill and you’ll find it in the house. It can two shot one of the big lycans. It’s a mid-game weapon.

#4: W870 TAC Shotgun – Found after House Beneviento, in a shack, the shotgun does fantastic damage and can one shot many enemies. Big upgrade over the M1897 Shotgun (which is found at the start in the village).

#5: SYG-12 Shotgun – Late game full auto shotgun, bought in the store in the last area. Good single target damage that you can blow all your ammo in.

Mines are kind of useless to craft, the ones you do get are nice for setting up traps and luring enemies into to avoid using other ammo, but otherwise I’ve seen so many videos of people who try to use them in combat and get a game over because it locks you in a long animation.

#1: Rocket Pistol – Turns the game in a joke. You get it after beating the game on the Village of Shadows difficulty.

#2: Karambit Knife – An upgrade for the knife. Post game weapon.

#3: Dragoon – The weapon you use as Chris Redfield. Insanely powerful. A regular post game weapon. 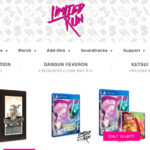 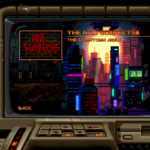