Guide: Metro Exodus Weapons, Everything You Need to Know

Metro Exodus features some seriously tough and terrifying creatures. Luckily, you have an entire arsenal to keep them at bay.
March 8, 2019

One of the things that has always made the Metro video game series so interesting is its growing arsenal of fascinating weapons. From stealthy crossbows to rampaging machine guns, the franchise has always featured fun tools for players to use. Following the latest title within the series, things are certainly no different. Now we can delve deep into the weapons system of the recent Metro Exodus to see what kind of incredible arsenal fans can play with.

Metro Exodus hit shelves back in Feb., now playable on PlayStation 4, Xbox One and Windows PC. The game received largely positive critical reviews, ultimately earning an 83 Metacritic score on PC. Having reportedly had a strong first month of sales, Metro Exodus is tunneling its way into living rooms worldwide.

A follow up to Metro 2033 and Metro: Last Light, Metro Exodus is the latest in a trilogy of games that are all based on the novels of Dmitry Glukhovsky. Following worldwide nuclear devastation, the player is forced to travel the expanse of the former Russian Federation in search of respite. In order to battle your way through the wasteland, however, you will need guns — lots of guns.

Metro Exodus features a pretty nifty arsenal of weapons, so here is a quick breakdown of each tool of destruction.

The revolver is a grandly powerful weapon. It has a heavy kick, so you will definitely have a slower fire rate with this weapon. However, the revolver is still quite capable at medium and long distances thanks to its vast stopping power. It just isn’t always the greatest weapon for close quarters, thanks to that hard kicking recoil.

The Ashot is greatly inaccurate. Consequently, the weapon is rather useless at medium or long range. That being said, no other weapon rivals this shotgun’s capability for damage at close range.

The Shambler is another iteration of the shotgun. This weapon features a revolving loader, allowing for more rounds per magazine than the Ashot. However, the Shambler is also largely inaccurate and takes even longer to reload.

The Kalash is a staple favorite of many players. This assault rifle is well rounded, capable of dealing damage at close quarters, medium and long range. The Kalash doesn’t deal much in terms of damage, but still remains a dependable answer to almost any situation.

The Bulldog, simply put, is an upgrade from the Kalash. It degrades faster than the Kalash, as this weapon simply has a higher output of performance. It outperforms the Kalash on all fronts, except that the assault rifle does fire somewhat slower.

The Bastard is a makeshift SMG. The weapon has a brutally high rate of fire. Beyond that, the gun actually stays rather accurate during heavy doses of spray-and-pray. That being said, there are some drawbacks.

The Bastard is prone to both overheating and jamming, thanks to its extremely high rate of fire. Consequently, this otherwise rather dominant weapon can be rather frustrating to use.

The is an interesting weapon. A makeshift airgun, the does not deal much in terms of damage. However, the weapon is highly accurate and fairly silent. It has to be pumped regularly in order to be but is still a nice weapon when you want to take a stealthier approach.

The gun can be a fun weapon to use. A rotating machine gun, the gun must be wound up before it fires. However, the machine gun is still highly powerful and good for cutting down enemies quickly. That being said, the gun is highly inaccurate at close range and does burn through ammunition rather quickly.

The Valve is the only sniper rifle in the game. Consequently, it will likely see quite a lot of use. damage dealing rifle, the Valve is capable of snuffing out enemies from vast distances. However, the rifle dishes out some pretty massive recoil. Consequently, it’s best to keep at a distance when using this weapon.

The Helsing is the only crossbow in the game. This weapon is perfect for when you want to be stealthy, as this is the only weapon that is totally silent.

While you may be excited to try out all of the firepower that Metro Exodus has to offer, you can only carry so many guns at a time. You can carry three weapons at any given moment, but there is a catch.

Two of the weapons you carry can be any of your . However, the third weapon must be an airgun. There are two different strategies for changing your weapons. The map of Metro Exodus will be littered with weapons for you to pick up, plus downed enemies will often leave behind weapons to use. Either way, you can swap an equipped weapon with a weapon you discover on your travels.

Beyond that, you can completely change out your weapons kit back at any workbench. The workbench will retain each weapon you previously discovered, so feel free to swap away.

As far as which guns are likely best for you, many players are seeing some serious success with the revolver. Dependable, powerful and great at almost any range, the revolver can be a trusty companion for any player that is confident in their precision. The only downside to the weapon is its lack of ability at close range. Consequently, many players are using a combination of the revolver for medium and long distances and then using a shotgun for close quarters.

Your shotgun of choice will likely be the Ashot. Powerful and just plain cool, this boomstick of a shotgun packs enough punch to take out a large posse of enemies. On top of that, shotguns do bonus damage to monsters so you’ll be fully equipped to deal with any enemy.

While you have now familiarized yourself with the weapons of Metro Exodus, you are not done quite yet. If you really want to maximize your talent for destruction, you are going to have to customize your weapons. If you want to do that, then you will first need to find a workbench.

You can discover workbenches all across the wasteland of Metro Exodus. That being said, the easiest one to locate is offered directly through the game’s story. During The Volga’s Chapter’s “Get to the Point” mission you will meet Krest at the top of a tower. Krest will permit you into his home, revealing his workbench.

Tokarev will also later install a workbench directly into your home base at Aurora. This will occur after you find Anna, but before you meet with Duke for the upcoming “The Terminal” mission. However you do it, you’ll want to track down a workbench so that you can make some serious upgrades to your firepower.

Just before you begin upgrading your weapons, you are going to want to make sure you have ammunition for all that firepower. You find ammunition throughout the world of Metro Exodus, but that will simply not be enough.

You can craft ammunition at any workbench thanks to the two crafting materials of the game, being mechanical and chemical. Here is a quick list of each of the ammunition types and the crafting recipes for each one.

Bolts: 10 mechanical pieces of material will produce 1 bolt of ammunition.

You can find mechanical and chemical crafting materials throughout the wasteland of Metro Exodus. Make sure to check all nearby lockers, chests boxes to up your crafting material stash. Chemical materials can also be harvested from glowing mushrooms.

To clean your weapon, first visit your closest workbench. From there, select the weapon that requires cleaning. As noted in the image above, you will see a brush icon. After selecting the brush icon, you will be prompted to hold down a button to clean the weapon. However, cleaning your weapon will cost anywhere from 0-20 chemical crafting materials depending on the weapon’s level of degradation. The weapon’s cleaning cost will be labeled in the bottom left corner, while your total chemical crafting materials will be labeled in the top left corner.

While Metro Exodus offers a rather bulky arsenal to play with, you can customize your combat experience even further by using weapon attachments. Weapon attachments range from laser sights to extended magazines, with each attachment offering unique bonuses to your weapons.

There are a pretty vast number of attachments within Metro Exodus, so here is a quick list of them all as provided by Newsweek.com.

This weapon, reportedly, does not have any available weapon attachments.

How to Upgrade Your Weapons

Now that you’ve hoarded this arsenal of weapons and garnered a mass of weapon attachments to boot, it’s time to put those weapon upgrades to use. In order to utilize an attachment that you have procured, you will only have to go through a few steps.

Last Minute Tips and Tactics for Using Your Weapons

Congratulations, you are now fully equipped to take on the wasteland. Now that you have your weapons of choice each decked out to your specifications, it’s best that you learn how to properly take advantage of them. With that in mind, here are a few last minute tips for using your weapons in Metro Exodus. 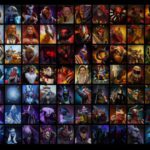 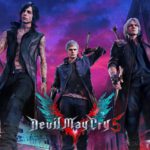