Video game development studio 4A Games has largely made a name for itself for the Metro series. With the latest title in the franchise having recently hit the shelves, it’s time to take a look at how to get the most from your playing experience.

The Metro video game series is based on a series of novels from writer Dmitry Glukhovsky. Backed by publisher THQ, 4A Games quickly turned the series into a hit video game franchise with Metro 2033.

A first-person survival horror shooter, Metro 2033 follows a group of survivors in Moscow after a nuclear war. Consequently, those that survived the fracas were forced to live underground. Artyom, the main character of the game, faces incredible horrors and challenges as he works to save his home station within the underground Metro.

Metro 2033 garnered a largely positive reception. The series truly took off, however, with the release of Metro: Last Light. While a sequel to Metro 2033, Metro: Last Light does not directly follow the narrative set by the original title.

Released Feb. 15, Metro Exodus has now taken the spotlight as the latest entry within the series. Released for PC, PS4 and Xbox One, Metro Exodus is now getting the attention of players worldwide. While the title offers a few new takes on the series, there is one thing that has not changed. There are still multiple endings.

When it comes to multiple endings, the Metro series is not much different that other video game franchises. There are seemingly good and bad endings. The series has historically used what many would consider to be the “good” ending as the canonical next step for the ensuing sequels. Consequently, many players are determined to ensure that they achieve what is seemingly the proper ending for Metro Exodus. Well, look no further. Check out how to make sure you get the ending you seek down below.

In large, players will need to follow the basic rules concerning good and bad endings. If you make largely immoral decision throughout your playthrough, you will be met with the bad ending of the game. If you prove to be an outstandingly moral person throughout your playthough, then you will likely receive the good ending. To summarize, good players will get good endings. Bad players will get bad endings. Unfortunately, there is slightly more to it than this. But, this is still a great way to measure your progress.

To get into the specifics, you are going to want to avoid killing whenever possible. Knock out enemies rather than slay them, when given the opportunity. Help anyone in need, as prompted throughout the story. A great way to ensure your success is to complete at least a majority, if not all, of the available side quests.

If, however, you wish to get the bad ending, then you will have to do things a little differently. In truth, you should just do the opposite. Kill people rather than knock them out. Avoid offering a helping hand whenever prompted. Also, avoid any side quests that might show more of your charitable side.

Within the bad ending, protagonist Artyom dies from radiation as he searches for medicine to help Anna. In the good ending, however, Anna’s father sacrifices himself to save Artyom. Artyom and his remaining group then discover a new place above ground to build their sanctuary. There are trophies related to each ending, so trophy hunters are encouraged to score both finales. 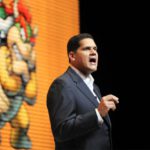 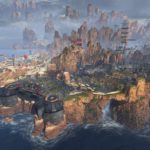