Why does playing the latest battle royal to steal the internet spotlight not make you feel like a twelve-year-old?
February 23, 2019

Now I can already tell I will not gain favor with a good portion of the internet for this one but it is my opinion as a writer so gosh darn it I’ll say it.

I, like many others, decided to try out Respawn Entertainments latest game Apex Legends and I have to say I hate the trend of every AAA including a Battle Royal mode but in this instance, I actually enjoyed my experience playing. The game feels a little out of balance at times, nothing that can’t be fixed with a few updates, but the game attempts to be as fair in that balance as possible such as making team revives possible but still requiring some skill, and luck. In addition, when you drop into the map a screen pops up not only telling you where you dropped but the quality of loot that will be there which makes it much easier for inexperienced players to learn where is good and get the feeling of the risk-reward aspect of every BR game. But even though there is a lot that I do like about the game there is just as much that a don’t, but a straight review is not what this article is about. What it is about is why I don’t feel like some dancing not even out of middle school internet troll when I play Apex Legends as opposed to Fortnite.

Let me start with why I personally dislike Fortnite, which is a lot of reasons but I’ll try not to rant too much here. The number one most prominent thing I absolutely cannot stand about Fortnite is the shooting mechanics, every time I fire a gun in that game it feels like blowing dust in the wind and the guns just don’t have a good all around feel to them. This would work more so in a PvE game like Fortnite was built to be but in a PvP setting it ends up becoming more and more frustrating for the casual player. Casual playing is another thing that really sours the experience for me because it seems like every other person that still plays Fortnite can build a fully decked out castle complete with in-ground pool, home movie theater, and wine cellar in the amount of time between the first and second trigger pulls. While there could be cries of “A game isn’t bad because you’re bad at it!” and I agree but this isn’t about being bad at the game but more so that the idea of someone who is decent at games has to compete with the game-breaking, tower building, gamer who’s decked out in a full unicorn outfit who will call you a hacker if you manage to hit him once. Which also leads me into the toxic cesspool that is the Fornite community, littered with trolls, children, and generally annoying people who are strikingly similar to the aforementioned unicorn wearer.

So I think I’ve made my point of why I am not a fan of Fortnite “But what makes you like Apex Legends?” well I’m glad you actually didn’t ask at all because this is an article, not a Q&A. Apex Legends first and foremost feels like it is balanced to be a Battle Royal game, what that means is that the weapons and items feel more natural and make more sense. The shooting feels like a well built FPS PvP game with all the good and bad that entails. The addition of actual characters to get attached to, to care about and to learn about what their skills are and how to use them in the hectic BR gameplay makes it all feel like an actual game. Whereas not just an afterthought to help compete in what will quickly become an oversaturated market. Most of all the game feels mature without taking itself too seriously, where Fortnite looks and feels like a “Kids game” with its cartoonish looks, simple aspects, and overall cheap feeling Apex shows the signs of being a free to play game but also manages to work with them enough to the point where I feel it doesn’t deter from the actually solid gameplay.

Apex Legends may not steal the Fortnite audience entirerly but what it does is create a safe space for anyone out of grade school to enjoy a Battle Royal game without having to feel like they are going to be prosecuted by the gaming community as a whole. It delivers a gaming experience that makes you feel like the game would have been worth paying for in the first place, but then you remember that it’s also an EA game and it makes you glad that it was free to play. 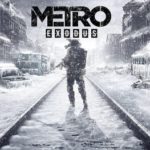 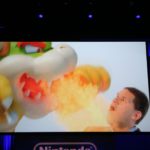