Fighting Steam is the past time for many people in this world it seems, as we’re now seeing the Epic Store vs. Steam battle keep raging on. Which is much like the golden ages of MMOs where almost every month a new WoW killer was coming to fight the champion, who won the war via attrition and investors tired of sending their money down a bottomless pit. Now Epic Games, Discord and even Kongregate the flash game site is trying to lure you into replacing Steam with their awesome storefront.

This isn’t new, Razer started selling games in their zCoin software forever ago. Twitch has the ability to buy some games, but the purchases often help the streamer. Humble Bundle was once a monthly bundle of games for charity and has actually turned into a massive competitor, while GreenManGaming has solidified itself as low-cost option for AAA launch titles again and again. Most of these though, just sell Steam keys. Very few of these platforms try to replace Steam. GoG has a launcher but doesn’t sell games with DRM so it’s a moot point, Ubisoft as well (although Ubi’s launcher is Steam compatible, for all those who hate it nevertheless, and also gives away free games like rain)

Are Macs onions and PCs potatoes? Because I mean, a 2008 Mac to game on would make me cry.

However, with Super Meat Boy being lured in front of gamers as a reason to adopt the Epic Games store, I’m more or less just disappointed by the entire affair. First, Super Meat Boy is a pretty good game for, like forever ago and second adopting another store front on my PC to get more free games that come around on steam sales for nothing is just, not interesting to me?

Where do they think they’re going to lure people into their store with some flash game from 2008 turned viral sensation back in 2010. They’re Epic Games, they could give away Jazz Jackrabbit, Age of Wonders, Bulletstorm, Unreal Tournament 2k4, any Gears of War game or some Fortnight Z bucks and it’d probably be better than… Super Meat Boy.

I’ve read a lot of comments across the Internet about the Epic Games Store and like in my post about you don’t have to buy a game to complain, there is just a ton of salt everywhere about everything. The Epic Store actually works on Mac OS 10.10, which steam only works on 10.11 and up. Which, 10.10 (Yosemite) was released in 2014, but is the last OS that will work on many 2008 devices. Which is just asinine, if you have a 2008 Mac, odds are a lot of what’s on Steam or the Epic Games store isn’t going to be up to par for your onion (are Macs onions and PCs potatoes? Because I mean, a 2008 Mac to game on would make me cry.)

I’d rather just keep using Steam until either a competitor is actually better than Steam or Steam becomes so bad it’s unusable. Free games aren’t going to entice me. A better UI, the ability to pull in my Steam collection (or at least the things that are relevant) and a better shopping experience. Steam let’s me refund games rather easily, so I’d definitely need even easier refunds which at that point is just probably not going to work considering if you release a short one hour or less game on Steam right now, odds are people are going to refund. The Epic Store just gives you two to use, use them and that’s that.

So they can keep Super Meat Boy. It’s been in my Steam library for what feels like the dawn of time with 0 hours in it. Not changing anytime soon. They should focus on their new game, Fortnite: Save the World, where they’re going to take the original Fortnite and make it free-to-play while no one plays it and keeps playing the Battle Royale version. Trying to divide the PC gamer community is just asking to make it harder on everyone in a world where you can’t buy games in the store anymore.

Which is true, really, I bought Fallout 76 as a physical copy and got what amounted to a wisp of plastic with the CD-Key inside. Retail brick and mortar stores are just, not going to bring PC games back. These online retailers are what we have and challengers need to be motivated by making the experience better, bringing along the games that you currently have into the new platform and improving the experience and access. Not just saying, hey developers get more money y’all and this is a new platform by the makers of Fortnite. That’s just wrong to me.

Money grabs don’t ever pan out and it gets people holding the debt when whatever storefront shuts down and the DRM no longer works, forcing developers to spend time and money to fix the problem because they often get the brunt of it (I paid for my game!!!). Think about the fact the average video game worker probably makes 20 to 25 an hour or more, bringing together a ton of them to sit and fix a downed DRM system is going to hit their bottomline. The bigger they are the more resources they’ll have to put to fixing it or just take the hit to tell their fans oh well.

Until Epic gives me a reason better than Super Meat Boy, I’m keeping to Steam. 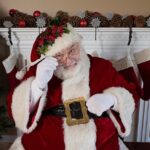 Bethesda the Grinch that Stole Christmas 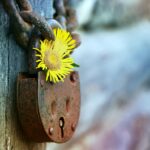