With Christmas all wrapped up you would think the trauma of the yuletide flooding everything would be over and for some, you would be right; however, there are hundreds of children whose trauma is continuing into the new year thanks to Bethesda! My brother-in-law who is 14 really wanted Fallout 76 and it was the one thing he was looking forward to. He went absolutely ballistic with joy when he opened it just repeating “Thank You!” over and over again! That is until the trick came into play; Apparently, Bethesda thought Christmas was Halloween and opted for a trick instead of a treat. He could not play the amazing game he had just got because Bethesda in their wisdom decided to make Fallout 76 an online only game and require a separate subscription service.

No adult should see a child suffer because the game they are most excited to play, can’t be played due to needing to pay a monthly subscription to play a game without one.

As an adult, I can understand what is needed to play a game and either decide if it is worth me paying Sony for the privilege of playing online or not. Perhaps it is just my jaded PC gamer side coming out but I don’t believe it is right for console makers to force people to pay to play online games. No adult should see a child suffer because the game they are most excited to play, can’t be played due to needing to pay a monthly subscription to play a game without one.

Developers have servers and run their own servers for PC games and they should be doing the same thing for the consoles. The issue here is two-fold because Bethesda could have and should have added in a single player feature to allow people to enjoy without paying the extortion fee to Sony or Microsoft and Sony and Microsoft should not be greedy when it comes to online play or cross-platform play. Heck, Bethesda broke both Sony and Microsoft’s ban on game mods when no one else could or would. So you cant tell me Bethesda doesn’t have the power or the drive to achieve what other developers can not which makes them complicit in the stealing of Christmas from many children around the world!

Take a look at Monster Hunter: World. It’s an “online only” game, but if you don’t have the internet, you can still play. Fallout 76 has proven that it could do that, first of all because it’s built on a single player engine and second of all, because Cheat Engine worked to hack the game – many of the functions are client-side, not server-side. Consider that other games, like Elite Dangerous, can simulate their entire galaxy and trade system in single player, offline.

Bethesda has gone even further in ruining not just the children’s Christmas but everyone’s gaming experience. Bethesda has decided to go the route of online games and micro-transactions instead of producing quality solid games as it had in the past. I remember when Bethesda had said they would never make a multiplayer game when people asked for multiplayer in the Elder Scrolls and then they pull a Donald Trump and went back on what they said making ESO and ruined the Elder Scrolls series forever. As if ruining Elder Scrolls was not enough they then decided to ruin Fallout and make this online trash which apparently nobody even likes!

Aside from micro-transactions and online only games, Bethesda has played with mobile! Mobile! Really! Why in the name of the nine divines would you do this! I swear if I wake up one morning and find Bethesda has made a Facebook game I am done with them and so should you! In fact, Take a look at this picture of my screen; Because, even my grammar software agrees that online only is a synonym for destroying!

You see Bethesda only cares about one thing these days and that is money. They used to care about making quality games, award-winning and groundbreaking games; Alas, not anymore and they are going the route of Electronic Arts and it is soul crushing to see them destroy everything they have built up. I used to be proud of buying a Bethesda game because I knew I would get quality and Bethesda would not screw me over. Now I fear they are no better than EA and that is sad. EA used to make great games and then they screwed us all and began treating us all like garbage. EA still makes great games but the company is not what it used to be and Bethesda is headed the same route.

I really do not want another garbage game maker out there ruining the game industry. Steam is full of crappy games made by indie developers but at-least the crappy games cost next to nothing and if I am going to spend $50 to $100 on a game depending on the edition I get I want quality and long-term playability. I want to be able to play the game in ten years, in fifteen and not worry about a game company going out of business or not wanting to spend money on the game server. I remember mercenaries 2 a great game made by EA and it had an online component the game is still playable even though the online component is not active and this is how games should be. I mean how sad is that Bethesda needs to learn from EA? Shame on you Bethesda! Shame on you! 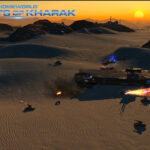 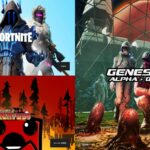