The recent hype around Obsidian Entertainment’s new The Outer Worlds title has drawn an interesting point. AA developers can still lure the attention of the video game industry’s exponentially growing video game audience. It’s a good thing too, because we need those developers now more than ever.

First off, before breaking down why we need smaller developers, let’s dig into why The Outer Worlds is getting so much attention right now.

Bethesda has been receiving some heat from fans as of late. Many hardcore fallout fans were seemingly underwhelmed by Fallout 4 following the critical success of Fallout 3. Beyond that, the release of Fallout Shelter as a mobile game has since caused some fans to fear that the company may be making a change to mobile development.

Except the multiplayer community doesn’t want the game either. The game has sustained damning critical reception and serious heat from fans. Since then, Obsidian Entertainment has released trailers for their upcoming game The Outer Worlds.

The game appears to be a creative blend of Borderlands and the Fallout series. Consequently, many hardcore Fallout fans have begun fervently flocking to the recent announcement. The reception for Obsidian Entertainment’s The Outer Worlds is what simply proves my point here.

Bethesda is about as AAA as it gets. Now here is Wikipedia’s dentition of “AAA.”

“AAA is an informal classification used for video games produced and distributed by a mid-sized or major publisher, typically having higher development and marketing budgets.”

Simply put, AAA developers are providers of “blockbuster” quality video games. The issue here is that the video game industry has reached the same level as film concerning this matter. Just like how a blockbuster movie is constrained by its massive budget, so is a AAA video game.

Most modern blockbuster movies are forced to pander to the lowest common denominator when it comes to marketing and narrative direction. The films simply require so much money to make that they have to reach as large of a demographic as possible in order to receive a return on the initial investments made. Consequently, many blockbuster movies feel derivative, predictable or even down right offensive to the viewer’s intelligence on the extreme end.

AAA video game development has reached this same scale. Bethesda, a company once beloved for their RPGs, are now turning to mobile gaming and multiplayer gaming. It is not simply a coincidence that these are two of the largest markets within the gaming industry.
If we want games to remain interesting, unpredictable and artistically brilliant, we are going to have to lower our standards on polish and scope just a little bit. Rather than simply crossing our fingers in hopes that Bethesda or some other AAA developer will seemingly get it right with their next title, why don’t we place some trust in AA developers?

Obsidian Entertainment, for instance, released Pillars of Eternity 2: Deadfire just last year. The game was crowdfunded by an army of hardcore, loyal RPG fans that adored the idea of getting a new isometric dungeon crawler. To no surprise, Obsidian Entertainment delivered.

Now, crowdfunding is not necessarily the answer. Sure, it allows developers like Obsidian Entertain and legendary adventure games designer Tim Schafer to make some wonderful stuff. But, crowdfunding is not always great. Much like pre-ordering, the consumer is forced to spend their hard earned money before they can have any assurance that the product they are paying for is worthwhile.

Still, there is seemingly a larger level of creative freedom on the AA level than with those providing the year’s blockbuster games. If we begin to embrace AA developers, then perhaps we can reach a level where crowdfunding is no longer a necessary part of the process. Then, it’s all hands on deck. It will be time for yet another video game industry renaissance.

AAA developers are not inherently bad. They are simply up against impossible odds. With the need to meet incredibly steep financial goals, these video game artists are forced to cater to the most easily marketable demographic. It’s an unfortunate symptom caused by the success of video games as a whole. Thankfully, AA gaming may be the answer hardcore gamers need right now. 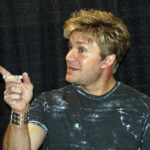 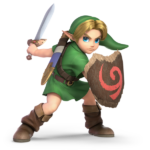