Fortnite brought about something very interesting in the world of mobile gaming – dedicated gaming phones like the Razer Phone 1 & 2 and the ASUS ROG line of phones. These phones tout a host of features that make them sound like they’re going to help you play Fortnite or other mobile games longer, with “fancy” heatsinks that wick away the heat and other gaming features like RGB lights and gaming mode software.

The answer, actually, isn’t very clear if they’re worth it or not due to one complexity – the high refresh rate screens. At one time, the 120hz and 90hz screens were limited to just the gaming phones, but now there is actually a lot of flagships like the Google Pixel 4 and OneTouch 7 that have high refresh rate screens. The higher the refresh on the screen, the faster the battery drain too, which makes the choice a bit harder.

The other features, such as the heatsinks, are more like gimmicks. Most flagship phones have advanced heatsinks to wick away the heat from the processor. The phone “heating up” is it moving the excess heat out of the phone. These gaming phones are going to do the same thing unless something mechanical, like a fan, is attached to move the hot air out of the phone. Passive cooling is just that, passive. Think about your computer, if it didn’t have a fan, where would the heat go?

Now, something interesting to think about is price. The Razer Phone 2 right now is $300~$400 on Amazon with rather beefy specs, that really challenge some of the current flagships. That’s a really good value for a phone that you can pick up easily saving a few months instead of going down the $40/month for 2 years rabbit hole that iPhones and Samsung Galaxies can lead you down unless you have $1000+ just laying around to cash in on a phone.

You also have to think about the games that you play and if they even need the power that some of these phones output. Like, we all want really cool phones that are fast and snappy but if all you play is Angry Birds then top of the line processors aren’t going to make your experience all that much better. Even budget phones these days rock it with some powerful processors that can handle productivity tasks like a beast.

I think, really, the point is do your research and don’t fall for gimmicks. You don’t need a gaming phone to play games and there isn’t a huge increase over a similarly spec’d phone with vapor cooling chambers and what not, however, you also can sometimes get some good deals on gaming phones that have the specs you need to play something like Fortnite for hours on end.

The choice… is yours. 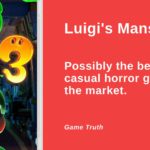