I love watching horror games on YouTube, at least ones that don’t rely only on jump scares. Games like Baldi’s Basics, Outlast, Resident Evil 5, etc. are all fun haunts to watch someone else deal with the tension of being chased. Being chased is the primary theme of most horror games. There is a monster, somewhere hidden within the game world and he’s coming for you. Seriously, look at the below:

Most horror games involve fear being from the unknown element of a stalker. Something is out there and you could run into it at any given point. Fear is the motivator but Luigi’s mansion is different. It’s creepy and spooky and scary and it has jump scares, plenty of them, but it doesn’t use time as a motivator. It doesn’t make you have to run and hide and constantly test different locations for you to hide in order for the monster to ignore you.

It also doesn’t spam you with gore and other gruesome images. There isn’t anything that is going to make you disgusted or grossed out. For instance, each floor you’re not exactly sure what’s going to happen. When you vacuum any object, bats or ghosts or mice or other things could attack you. When you look into a chest, the chest could fight back. There is the unknown, waiting for you, in a mansion that is falling apart.

Yet – you can take your time to solve each puzzle. The ghosts aren’t stalking the hallways, forcing you to hide behind paintings or get jump scared with a full screen spook (they do jump out at you, from all kinds of ways, though). The spooky noises fit the theme and the jump scares, for instance, are mild and make you uneasy to examine things but not outright cringe at some upcoming loud noise and horrific image. An example is that you could vacuum something that has several ghosts jump out and spook you.

I think the horror genre really seeks to go as far deep into the “you’re fighting for your life” mechanic and that’s well and good and I think some people enjoy that. It makes for entertaining let’s plays for sure. However, I think that’s not always necessary to make a good horror game. Luigi’s Mansion is spooky and creepy but it doesn’t make you feel anxious – it makes you feel the opposite, accomplished and that’s such a satisfying experience.

I really suggest everyone give Luigi’s Mansion 3 a try at some point. It’s a great game that lets you relax while at the same time be spooked. I think that’s a great balancing act and the developers took the original, which had the same theme and did a great job of porting the theme to the modern era.

While writing this article, it reminded me of Shadow Hearts for the PS2. That’s another game that does a fantastic job of being spooky, yet not so much so that you feel anxious. The theme sets the ton and it’s downright disturbing, but as a game should, it lets you relax and focus on the combat and RPG elements without the need to avoid monsters.

Other Mario games have done the horror element well. Paper Mario for instance and Mario 64 in the haunted house.

A Hat in Time has some good horror elements, but there is a ghost that chases you. When I played there was a way to skip that section, I don’t know if it was a bug or on purpose, but I just didn’t like it for a game that was so upbeat otherwise. 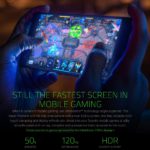 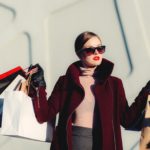