In coming up with our tier list, we weigh the common player solo queuing over group play. We also focus our S tier on the best hero to pick, regardless of other choices, based on the current meta to make it easy to know which character you can choose and know you’ll do a great job in that role with its specific tool kit.

At the end of the tier list we have the best devices to play LoL: Wild Rift on. These are going to likely be what you expect: the flagships for the top mobile brands Apple and Samsung, but we have some tips for some more budget aligned options and some non standard options like the ROG Phone 5.

Who to pick as first champion: When given the five heroes at the start, I’d go with Garen. Good all rounder, sturdy. You can also go with Jinx. Not a bad choice either. This only honestly applies to the tutorial match. You unlock all five afterwards, including if you skip. You can skip the tutorial by clicking the skip button at the top.

The best champions right now are:

All other champions. No notable mentions. There isn’t a “bad champion” right now. The above characters stand out.

We have a phone tier list if you’re curious about which phone to get.

The best iOS device is going to be the iPhone 12 Pro Max.

If you’re on a budget, the older ASUS ROG Phones hold up SUPER well. You can also get last generation iDevices and have no noticeable lag between them and the current generation and save some money on the used market. Avoid the absolute budget market at all possible. Google Pixel 4A is the absolute baseline for gaming devices. Anything below that is going to probably give you judders. You want a 7 series snapdragon where possible, 6GB of RAM at a minimum.

For tablets, iPad Pro or the latest iPad series is going to be the best bang for your buck for gaming power here. The Galaxy Tab S7 Plus is the best for Android. The Fire HD Plus is going to run the game alright as well.

In regards to console release, any console will run this game the best, so don’t worry about Xbox vs. PS4. 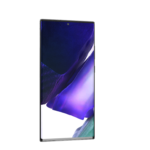 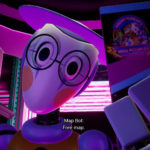