Gems are a premium currency in Legends of Idleon and are obtained both with real world cash and freely in the game. While the easiest way to obtain gems is to buy them directly and conversely, the cheapest way is through a bundle when offered. Yet that doesn’t mean you can’t get a fair amount for free in the game.

Let’s go over the daily stops you’re going to want to hit to farm gems. Below are the reasonable sources to farm gems from and how often they reset. If you have trouble with bosses, make sure you’re using the right class.

Every Boss in the Game (Daily)

All mini-bosses and bosses in the game drop gems (although you may need to unlock it for that world at the task board). This is the primary method of farming gems. For bosses, you’ll want to use the lowest level (1 key per entry) and keep farming. For minibosses (Biggie Hours & King Doot) you’ll want to hit them every time the resources for their spawn are up.

So the mini-bosses drop gems (at the end) along with the chests at the end. So make sure to collect your colosseum tickets at least every 3 days (you get 3 per day and store 3 days worth). Naturally the lower the ticket cost, the more efficient it is on gems.

You can farm gems by buying them daily in the liquid store. You will not get a ton here, but it adds up day after day. At a certain point you won’t have much else to spend your liquid on. This resets every day.

Giant monsters, which is obtained in W3, give you a 1 in x chance of spawning a giant monster which could drop gems. This resets every week and each giant monster increases chance of another one spawning.

A few gems are available daily at the top of every hour at the spike minigame. You get ONE chance per day but the event occurs hourly.

Guild Giftboxes are deposited directly to storage. Each one contains a fair sum of gems.

Many of the quests award gems in Idleon.

Special events give a large sum of gems for daily players. 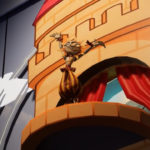 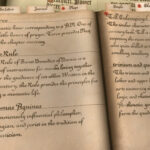