The mainline story ended with the Pizza Simulator, where Willaim Afton, Molten Freddy (Ennard), Scrapbaby (Elizabeth Afton) and for some reason Lefty burns up. Fazbear Entertainment, the business, continues to run pizza parlors with animatronics for what we assume is years and years until they reach the point that they’re able to build effectively a near fully autonomous Pizzaplex.

In the meantime, they started development on a game to help with public perception: FNAF Help Wanted. This was to help clarify that Scott has been dragging their name through the dirt and they’d have some fun with it as well to help promote Fazbear properties.

It’s important to note that Security Breach is a direct sequel to FNAF 6 (the Pizza Simulator). In one of the endings, its made clear that the Pizzaplex was built on top of the Pizza Place from FNAF 6.

The story begins with a beta tester hired by Fazbear Entertainment named Vanessa to work on a project that became the game FNAF: Help Wanted. A previous beta tester working on the project found a glitch in the system and affixed it to her logs, then split the logs and hid them within the game in order to contain the strange glitch. Vanessa, the main character of FNAF Help Wanted, compiles the logs and releases an entity known as Glitchtrap.

They expedited development of Help Wanted by scanning the circuit boards from the remains of the previous fire. Scraptrap, aka William Afton’s soul bound to the remains of a Bonnie suit (that’s different somehow than Springtrap). This is the likely method in which this “glitch” first appears, but after Vanessa reassembles the tapes then Glitchtrap becomes fully activated at this point. He also locks Vanessa away, in a digital prison that’s later revisited in the 3 star ending where you free Vanessa from the prison in Princess Quest.

Between the games Vanessa begins being controlled and manipulated by Glitchtrap. Glitchtrap accesses her personal files and sends her encrypted messages. Her personality begins to separate at this point, between Vanessa and Vanny, with Vanny being the possessed form of Vanessa.

Three different therapists work to uncover the issues with Vanessa. She lies to two of them about her family, her past. We know that Vanny and Vanessa are the same, even if the tapes for the two personalities are labeled differently, because a Vanessa tape references the Vanny mask

Vanessa during this time is working on helping spread the uncontrollable glitch that begins to wreck havoc within the IT infrastructure at Fazbear Entertainment.

Glitchtrap, which is presumably storing himself amongst the arcade machines, has had Vanessa recover his body and store it into a power station underground in the location that the Pizzaplex was built on top of. This body is now known as Burntrap, where he’s stored himself to hopefully download himself into Glamrock Freddy. During this time, Glitchtrap has taken control of the vast majority of animatronics within the Pizzaplex.

The different animatronics are brought down here to be corrupted by Glitchtrap, including Glamrock Freddy, but Glamrock Freddy resists for some reason.

Shortly before the events of the next game, Glamrock Freddy has a glitch while onstage and the show for that day was canceled early.

Before we talk about Security Breach, its main character was never introduced before the game. So while the events between games is happening, Vanny has likely been gathering remnant to resurrect William Afton. Gregory is very likely one of the children were captured and he escaped through Freddy. It’s why Vanessa knows his name, without interacting with him throughout the game and why the Pizzaplex is at peak insanity – Vanny is extremely close and likely just needs a little bit more Remnant to finish things off. Remnant is also how William Afton keeps coming back, as speculated earlier, Remnant was likely remaining on the circuit boards scanned which brought about Glitchtrap.

Vanessa, who is dressed as a night guard, is working the night shift. It’s assumed she’s working in an official capacity, as the animatronics respond as if she is; however, do not be fooled. It’s clear the memory of the animatronics are quite altered and reality might not quite be as it seems.

Vanny, continuing William Afton’s streak, was attempting to capture Gregory when he escaped into Glamrock Freddy somehow. It’s unknown how Vanny couldn’t just pull Gregory out of Freddy or how this works, why Gregory was there or who Gregory is.

Gregory wakes up inside of Glamrock Freddy who is in his room presumably to take photos for the guests and whatnot. Immediately upon waking up, Vanessa shows up and Gregory then goes on a quest to release Glamrock Freddy. Freddy then takes Gregory to the entrance, which is now closed.

Gregory then goes to begin getting security passes in an attempt to find another available exit. The first stop is the first security pass, which is located in the Daycare. The Daycare Attendant (Sun/Moon) is inside and non-hostile until the lights are turned off and they switch to Moon. Gregory turns on the generators in the room, gets the lights on and is immediately kicked out.

Every hour, the lights are turned off and Gregory must reach a recharge station with Freddy to be safe from the Daycare Attendant. Freddy and Gregory run to a recharge station. Gregory obtains a map and then, while attempting to get on an elevator, is captured by Vanessa and taken to Lost & Found.

Vanny appears and begins moving toward Gregory, who finds a screwdriver and escapes through the vents. Coming out of the vents, he finds Freddy has been damaged and helps Freddy get to the main stage and ride the elevator down into Parts and Service. Upon arriving, Freddy’s body is captured by Moon and Gregory is left alone with a series of endos waiting about.

Once Gregory makes it back to Freddy, he hears Vanessa have a short conversation angry at Freddy and then Freddy is given the task of taking out two of the three other main animatronics and upgrading Freddy with their parts.

At this point, Gregory goes and uses a race car to crush Roxy, a trash compactor to crush Chica and/or knocks Monty off the top railing to upgrade Freddy’s eyes, voicebox and hands respectively. At 6AM, when the second upgrade occurs, Freddy will note the Daycare Attendant is now free and they must rush to the front entrance.

Upon arriving at the front entrance, Freddy gives Gregory the choice of staying and going.

At this point you can see our endings guide to get a rundown of all the endings or move on to our True Canon Ending article to discover what happens with Molten Freddy and Willaim Afton underneath the Pizzaplex.

It’s entirely possible, given all the above evidence, that Michael Afton (the main character from Sister Location and FNAF 6) is the soul inhibiting Glamrock Freddy. In the opening cutscene we can see Glitchtrap make an attempt at hacking Glamrock Freddy but he resists – this is the last animatronic in the main cast and likely the last one in the building.

When he’s rebooted, its possible the soul of Michael Afton affixed itself onto Glamrock Freddy.

The current running theory is that FNAF 1, 2, 3 and 4 did not occur in the canon. Everything sister location and forward is canon, but everything FNAF 4 and before was the work of a rogue indie game developer named Scott Cawthon. There’s a lot of evidence for this in the game but it basically works like this.

In FNAF: Help Wanted, we’re told that the game was made to help clean up some of the PR around a rogue game developer. In Tales from the Pizzaplex #2 we’re given the story of “Steve” who goes and effectively makes FNAF 1 – 4 while going crazy and seeing illusions (likely from an illusion disk).

The thing to note here is that this tracks with the progression of 1 through 4. By the time “Steve” was working on FNAF 4, the illusions were happening everywhere including Foxy coming out of the walls, which was basically made into the game. Therefore everything that happened in FNAF 1 through 4 just didn’t happen. That includes the crying child and golden freddy, two elements exclusive to those games.

This is seen as a somewhat soft reboot of the series, rebooting it back to sister location. Some evidence pointing to this is the fact that none of the elements from the first four games is in security breach beyond call backs to Help Wanted and Freddy is never shown consistently through the games.

It’s quite the interesting theory and right now most are considering it canon due to the fact that the books are considered canon and it spells it out as clear as day. 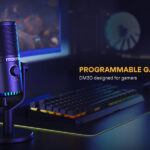 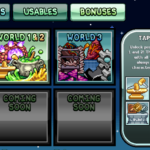