Let’s face it, we all need snack ideas from time to time. Our guide to gaming snacks goes through the universal snacks which work for almost everywhere and then snacks best for gaming and for watching streams.

From popcorn and ice cream to banana loaf bread, here are some ideas to enhance your culinary snacking while gaming. Nothing in this article focuses on being healthy, but at the same time we try to avoid bad ideas like sitting at the computer with an entire cake.

Let’s start with the boring and uneventful snacks and move to something more exciting.

If you want something healthier to snack on, consider fruit, crackers, snack packs that you can get in the refrigerated section with cheese and nuts, literally just buying some lunchables even though you’re an adult now you can still buy them who is going to stop you they have self checkout now go ahead and buy the lunchables and then like kale chips are pretty healthy.

For me gaming snacks need to provide basically something substantial in the way of flavor and overall weightiness to the snack, while being something that can be eaten either with your hands or in short breaks. It should be something you can leave on your desk and graze on for awhile, that tastes good even after say sitting out for an hour.

Bad Snack Ideas – How to Uplevel Your Snack Game

You want to avoid snacks that are going to negatively impact you. Avoid snacks that you know will give you heartburn or indigestion because that’s just inviting pain to a fun game. Avoid things that can spill. Soup might be a neat snack, if you drink it out of a thermos. I wouldn’t have a bowl of soup near the keyboard nor would I try to juggle it on the sofa.

Think about your surroundings to for that perfect zen snack. You need something that’s going to safely balance on the table, that will last you the length of time you want to snack for and that’s going to taste good and be worth the calories and effort of eating. You also don’t want to be distracted either, so avoiding a fork and knife if at all possible is a good idea.

Chopsticks are really neat for snacking. You can grab food, put them down real quick, get them and grab food again. It also helps you avoid getting too “big of a bite” and burning through a snack really quickly.

The worst kind of snack is a sloppy sandwich or anything that drips or falls apart. You don’t want whatever you’re snacking on to be in the middle of a meltdown and need to go press a button to talk to say “here.” Think ahead. 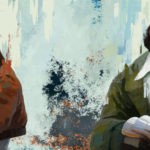 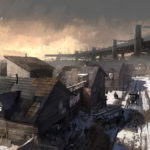