How to Raise Your Might: 3 Advanced Tips to Playing Dragalia Lost

Nintendo’s Dragalia Lost is a mobile game phenomenon. Bolstered by a dedicated fanbase that only grows with each passing day, this game has garnered some serious traffic among mobile players and Nintendo fans alike. That being said, Dragalia Lost is not easy.

If you want to succeed in this RPG wonder, then you are going to have to boost your might. Before we dive into the three top tips for how you can boost that value, let’s first break down exactly what might is in Dragalia Lost.

Might is a shorthand value used to quantify the overall combat effectiveness of your team’s power. The higher your might score, the more powerful your team. Consequently, it is paramount that you boost your might as you continue through the game.

There are four basic components to might, being adventurers, weapons, wyrmprints and dragons. Let’s break them each down.

The adventurer’s statistics will make up a large portion of your overall might value. The adventurer’s individual might score is calculated by adding their total maximum hit points, strength total, abilities, skills and lastly their force attacks.

Each ability in Dragalia Lost has a hidden might value, while skill might scores vary from 100 to 300 based on the skill’s level. Meanwhile, force attacks are worth 60 might, but increase to 120 might after being upgraded.

Wyrmprints add points to your might score based on their maximum hit points and their strength scores. However, some wyrmprints will add certain abilities. These abilities have secret might scores attached to them as well.

Dragons can offer a significant boost to your team’s might score. The total might added is equal to the dragon’s strength bonus, maximum hit points, abilities, skills and ten times their bond level.

Check out a graph of the might breakdown below.

1. Take Advantage of the Mana Circles

Mana circles are effective ways to boost various adventurer stats. Each adventurer gets their own mana circle, with each circle being comprised of five floors and a total 50 nodes. Each floor has ten nodes and you will have to unlock each floor’s nodes before progressing to the next floor of stat upgrades.

A node is unlocked by using mana and other materials. Unlocking a node can benefit your adventurer in a variety of ways, from increasing your maximum health to unlocking and upgrading skills.

Keep a close eye on your mana circle at all times, so that you can boost your chosen adventurer whenever possible. When choosing a node to unlock, consider which node will boost your might the most. The most effective nodes will vary per adventurer. Check out dragalialost.gamepedia.com for a full breakdown of each adventurer and their magic circles so that you can best prepare for your team.

2. Craft, Craft and Craft Some More

If you want to boost your team’s might score, then you are going to want to craft and enhance your weapons regularly. There are nine different weapon classes to pursue, as there are three star ratings for three different weapon tiers.

Check out the guide below for a breakdown of each weapon’s requirements.

Upgrading weapons in Dragalia Lost is somewhat complicated. But, the process can be incredibly beneficial to your team.

A weapon can be upgraded from tier one to tier three, ultimately granting the weapon a powerful elemental bonus. In order to create a tier three, five-star weapon, you are going to have to do some work.

The first step to creating a better weapon is unbinding. Unbinding a weapon increases the weapon’s maximum level cap. This process can be completed four times on each weapon.

In order to unbind a weapon, you will have to use a duplicate of the chosen weapon as a material cost. Consequently, fully unbinding a weapon will ultimately require four duplicates of that weapon. This can be a time consuming and costly process that requires a lot of grinding for weapon crafting resources.

The purpose of unbinding and leveling your weapons is to ultimately enhance them. Once your chosen weapon has been fully unbound and leveled, this process can begin.

In order to fully upgrade a five-star weapon to its third and final level of enhancement, you need to do quite a bit of crafting. If you are up for the challenge, then follow the steps listed below.

For a full list of each weapon in Dragalia Lost and their various skills and abilities, check out dragalialost.gamepedia.com.

3. Upgrade Your Dragons and Your Wyrmprints

Dragons and wyrmprints are less impactful on your might score than your adventurers are. But, upgrading these two party features is still important.

In order to upgrade your dragons, you are going to need Dragonfruit. To unbind the powerful story dragons of the game, you will need Dragon Spheres. Lastly, you will want to do Gift Exchanges with your dragons. This will be a costly process, but will greatly boost the bond level of your dragon.

These items require vast amounts of Upgrade Water. You likely won’t need to farm for this resource, however. You should find yourself naturally collecting large amounts of the water as you complete events.

Leveling wyrmprints is a time consuming task. But, you shouldn’t stress it too much. These items are the less impactful on your might score, so they can take a back seat while you focus your energy on boosting your adventurers and dragons. 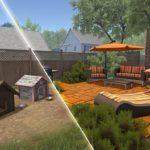