Hypnospace Outlaw is a really weird game in the sense that it perfectly captures what the Internet was like back in 1999 in every weird and nostalgic way. Sure the plot is thin and the game is rather short, but the content that exists reminds me so much of the amount of fun cyberspace was back then.

In Hypnospace Outlaw you’re an enforcer for some kind of virtual reality dream Internet system that allows users to surf the net while asleep. The entire story of the game is irrelevant though, because ultimately the meat and potatoes is unlocking the various “zones” which remind me ever so much of the days where AOL had themed websites within these categories. I don’t remember the specifics, because I never used AOL a ton but I do remember using it on other computers and other software that tried to emulate that “zoning” or “themed” website ordeal. So much so I remember Geocities communities that wouldn’t network you into their community buttons (which Hypnospace brings back in fun ways) if you weren’t “in theme.”

The biggest part of it is just the sense of closeness the communities had, where you can see them talk among themselves and various users hash out their likes and conflicts, while corporations were trying to find someway to fit them into the daily life cycle of these users. The sites themselves include the favorites of the late 90s – blinking text, construction signs and tons of hyperbolic text where each webmaster speaks as if their site is going to soon do amazing things.

Each page is full of the same passion that everyone had to build a website back then and make some kind of home in this new digital frontier. What really makes me emotional is the fact that the Internet kind of really sucked back then compared to now, but it seemed from my memory that everything back then that was… closer.

You were part of a forum, IRC, ICQ, Yahoo, AOL chat room or something back then. You worked hard to build out your spot online, using what limited resources you had. Images were hard to make out, text was rarely aliased and ideas were beyond silly but back then browsing around you came across all manner of fun and exciting content that doesn’t exist now

It doesn’t exist because there is too many people online now from across the world for something like Geocities to make sense today. Sites like Reddit now hold the masses in communities where you can jump from subreddit to subreddit, no one place has to be your home. The net is fast, websites are fancy and everything is better.

Yet, progress has taken from us that sense of community that our grandparents bestowed upon us growing up – “the good ‘ol days” when you knew every face in town and everyone worked together to get this this wild and crazy thing we call life.

I really do miss the late 90s and early 2000s and I imagine as I grow older I’ll continue to long after those days even more. Today’s Internet is vastly superior, between my gigabit Internet connection and the ability to watch almost any movie or listen to any song within seconds on my TV and keeping all my friends in my pocket instead of back home on my PC is just amazing.

It’s what I always dreamed of.

Yet the hardships of those early days online still to this day make me remember just… how different and exciting it was back then.

They won’t come back, at least until we move into a new digital age of the next thing and even then the concept of connecting the world has been done, so it would just be leveraging the new technology to just get to where we’re at now.

I wouldn’t give up today for yesterday but I can definitely wish I savored the struggle of the Internet back then more and it teaches me to focus more on today.

I’m rambling at this point and getting kind of emotional so I’ll leave it to you. Let us know in the comments or on social media, was 1999 totally rad or do you totally prefer today? 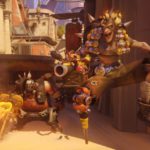 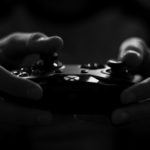