I can get behind a free to play game if it uses ads in a respectful manner, micro-transactions solely for ascetics, paid expansions but beyond this I find it unacceptable and the price is your enjoyment. If I must play with people willing to spend real money to rank up it ruins the game for me (though there is always joy when you beat a paid player.) The problem is greed is strong and of course I understand that it costs insane amounts of money to make these games and they need to turn a profit; however, there is a distinction between profiting and profiteering.  All I ask is that they don’t do pay to win or overload me with ads every few seconds.

Micro-transactions are a very popular way to produce revenue even in games you must buy. This is not so bad as long as it is not paid to win. The problem is they begin to allow better and better items for the paid players or exclusive weapons to the paid players which gives an unfair advantage to those that wish to throw hundreds of dollars at the game. These same players will then brag how awesome they are and how badly they dominated you and you know they don’t have the skill to play on your level. This is what kills so many free to play games and it should be reserved for simple, ascetic or collectible things.

Ad insertion is a great way to produce revenue and some games execute this well on the mobile platform and others abuse it thinking that mores ads equal more money. The truth is if I can’t play a game do to full screen ads or ads screens every minute then I will not play which means they will not make more money off of me. If the ads are well placed and allow me to play the game or view them in a micro-transaction setting, then this can be okay and I would not mind it.

Paid expansions are another way to produce money you make your core game so addicting that people want to buy the expansion then you can expand your game world knowing that the expansions is supported by paid players buying it. This can also be turned into a subscription service which kind of defeats the free to play aspect but also covers the cost of the expansion.

Making a online only game free to play online after you purchase it is one of my favorites as this is how I feel it should be. The issue here is that these tend to struggle and have a shorter life expectancy than others as sales dry up and the cost to the servers does not.

I also like the idea of games being free, but you pay a subscription fee to keep playing. I think this way is so much better then forcing me to spend 50 bucks and then another 20 a month to play. If there was only one game in the world that charged to buy and charged to play it would not matter as it is only a single expense. If I want to play multiple games and I have to pay 50 bucks to get them and 20 bucks a month per game for this privilege it can break the bank. I always found it horrible when you bought a game and then still had to pay to play it online. I even had a rant at Bethesda over Fallout 76 because of this exact thing on a PS4. Kids do not understand why they can’t play a game they got as a gift or spent their hard-earned money on and this hurts them, it has hurt us all at some point

In the end the paid to play games will cost you and probably cost real money. You will pay more for the free to play game than if you had actually paid for it. That is the trick and that is what you need to remember. If it is free to play, then you should be able to play it for FREE and fight the urge to buy your way to fame and glory, for those belong to the players that actually played to win not paid to win. 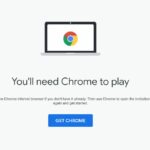