What other developers should take note of when doing there DLC because Capcom is stealing the show
February 24, 2019

Alright, do I seem a little obsessed with the Resident Evil 2 remake? Because I totally am. The recent DLC has only reignited my fire to 100% this game because not only does it add more quality fun content but its also very affordable with the low low price of completely free. I don’t want to make it seem like the only thing to praise about this DLC is the price tag, the quality is easily that of a paid add-on and I can’t express how awesome the developers are for doing this too but I’ll get to that later.

The idea of the DLC is to give some “What if?” scenarios for the player to explore, giving a happier ending to some side characters that didn’t deserve the horrific fates they met. What’s even better is that while the advertisements promote only the three modes of the mayors daughter, the forgotten Umbrella operative and fan-favorite Robert Kendo there is in fact a hidden fourth sequence. Before I get to that though let me explain what makes these DLC so perfect. First of all, each scenario takes place in familiar locations to player that finished the game, and because the modes are made under the assumption that the player has already beaten the game before they start the DLC they waste no time throwing curve balls left and right. Most prominently each of the three “Ghost Survivors” has their own zombie type completely new and more deadly than ever including zombies that died wearing bullet proof armor, zombies that explode into poisonous gas when killed, and a regenerating monstrosity that looks like something out of a Guillermo Del Toro fan fiction. As well as overall the game adds zombies with backpacks containing important weapons and items but you’re required to kill them before you have access to the goodies inside, there are even enemies with gas tanks on their backs too for a bit of a mobile grenade , there must have been a welding conference held in Raccoon City when the infection hit. Who Knew? Not to mention the quarter candy machines containing deadly prizes inside, I mean who keeps putting these everywhere?! Though all jokes aside, all of these additions are more than welcome in these side stories of RE2, they’re fun and interesting forcing the player to choose when to conserve ammo and when to rick it for the idea of what might be inside the next backpack. As well as the bubblegum machines only allow you to pick one item at a time to get from them before locking the rest away, not only forcing the player to deliberate what item might be more useful for what is waiting in the next section and what to give up but it also adds a decent level of replayability to each story. What makes these new modes really interesting is not only are they brutally difficult but the devs recognize this and added a “Training” difficulty where you are given more items to start with and more items drop from backpacks allowing players to learn where items and enemies are with a little less stress before tackling the more difficult original version. The draw back to the training mode is that you will be unable to access some of the fun new accessories, also new to the DLC, without beating the full difficulty versions as well.

But I’m sure you’re asking “Wait what about this hidden fourth sequence he was talking about earlier?” well after you beat the other three stories the final one unlocks staring the unfortunate Sheriff from the beginning sequence in the gas station by the name Daniel Cortini who after surviving his initial encounter with a zombie is trapped inside the gas station and is forced to kill 100 G infected suckers to escape. What makes this particular situation so fun to me is that it not only combines all of the new enemy types from all of the other Ghost Survivor stories but it also feels so much fun to play even if it is difficult as all hell, it pulls my favorite aspect of the remake to the forefront which is the shooting allowing for spectacularly cinematic moments to happen. For example as of writing this article I have yet to save the unfortunate sheriff but the story of the closest I got is a good one. As I was approaching the final few kills the zombies of every size, shape, and difficulty were pouring into the cramped gas station interior and all I had left was one hit but I was also quickly getting surrounded, one of them lunged at me and while dodging it I notice the gas tank on its back and in one final heroic moment managed to shoot the tank blowing up not only myself but every unfortunate enemy around me leaving only one alive and when the results screen I felt my heart drop because as it turned out that was the lone survivor of the zombie horde because I ended that run at 99 out of 100 killed. It’s because this particular DLC focuses much more on the action portion of this masterclass of a survival horror that it allows for moments like that to happen, a near perfect recreation of the ending of the remake “Dawn of the Dead” movie.

I could go on about how all the accessories are fun and feel perfect for the weird sense of humor the Resident Evil series has always had but I won’t for you the readers sake. All I’ll say is that more games should look to the Resident Evil 2 remake for tips in just about everything, like appeasing fans, remaking a fan favorite game and doing it right,. Though most of all they should look to how they are adding to their game without ruining what they had at the core of it all, a near perfect remake of a truly fantastic survival horror. Plus who doesn’t love quality DLC for free? I know I do. 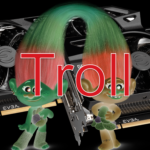 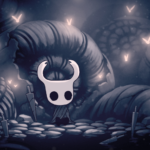 To Everyone that Skipped Out on Hollow Knight, What is Wrong with You?