How the horror franchise is constantly doing the same but different and how it teaches us a lesson in creativity
January 30, 2019

This month is huge for the video game industry, with the release of two games that fans have been waiting over a decade for (and they’re both actually really good) some things have gotten lost in the excitement of the gaming community. Playing the remake of the classic Resident Evil 2 made me look back on the entirety of the franchise and really appreciate the roots of this pioneering horror franchise. Where the RE franchise really struck a chord with the gaming community though was its settings, for the originals creepy yet hauntingly beautiful mansions, to the daunting but endlessly fascinating museum turned police station from the sequel and even the rich and varied Spanish countryside in four, the series as a whole has been made or broken on where the story is told and it is my theory as to why not only does the most recent remake shine but even why the last game Resident Evil 7: Biohazard (yea, bet you forgot about the subtitle to that game too) breathed this new life into what seemed to be a game series that had lost it’s touch.

Let’s just get into the nitty-gritty of what I mean by the setting makes the game when it comes to the Resident Evil franchise. If you look at some of the universally beloved main games, and even a few of the side games, from the RE games you’ll notice a pattern that I sort of not-so-subtly pointed out earlier, they have at the very least fun and creepy atmospheres. The opposite can be said about some of the lesser enjoyed games in the franchise, Resident Evil 5 had you jumping from location to location on a wide variety of action filled environments of Africa, not really keeping in place for too long and just breezing through them while running past the infected locals, here is where the environment mostly served as a new way to funnel enemies toward you and not much else. Resident Evil 6 was, save for a few actually somewhat enjoyable sections, more of the same in that regard, not even the Revelations games weren’t safe from this pattern, the wonderfully creepy and desolate cruise ship was a welcome change to the series up to that point, every section that didn’t take place there felt drab and couldn’t reach where the ship had set the bar and ended up feeling boring and forced. All of this to prove this isn’t just some coincidence and that a horror game is just like real estate, it’s all about location, location, location.

Well if you’ve been following along (and if not then…….. why are you here?) you can probably guess what I’m hinting at, the reason the Resident Evil 7 and the remake of Resident Evil 2 are so good is because of the environment that they take place. If you take a step back and look again at the Resident Evil games you might see what many people didn’t, or at the very least I didn’t, realize at first, and it’s that Resident Evil 7 is nearly beat for beat just Resident Evil in Louisiana and even further, that a lot of the best RE games are pulled or at the very least heavily inspired by the original game in the franchise. Now before the angry comments start flying let me start by saying I looooooove the Resident Evil franchise, ever since I played Resident Evil 4 on the PS2 when I was way too young I’ve been hooked on the story and gameplay of this franchise that will always hold a special place in my heart, and that when I say that all the best RE games are plays on the original I don’t mean that as a bad thing! In the original Resident Evil, you are a S.T.A.R.S member searching for your lost members of Bravo team and are forced into this creepy but otherwise seemingly normal mansion and in the process of trying to escape with your fellow S.T.A.R.S end up exploring the grounds to find a deadly virus has plagued the mansion and its grounds filling them with mutated monstrosities, eventually you find out the whole mansion was hiding a secret laboratory, the source of the infection and you destroy it and save the day, yadda yadda yadda. In Resident Evil 7 you are just a normal guy that goes to Louisiana, more specifically the Baker estate, in search of your lost girlfriend, where you become trapped in the Baker’s dilapidated but otherwise normal “house”, which is by far the biggest building I have ever seen that still only qualifies as a house, and in the processes of trying to escape with your wife you find that the entire house and its grounds have been plagued by a deadly virus and the residents have been turned into mutated monstrosities, eventually you find out the grounds house secretly housed a lab, you destroy the source of the infecting and save the day yadda yadda yadda. Sound familiar?

The argument could be made that I didn’t elaborate on the story enough or that the descriptions were oversimplified but no matter what you cannot reasonably deny that overall the plots sound eerily familiar and this comparison could be made to plenty of other great games in the RE franchise, I won’t delve deeper on that for now, but the point that I am trying to make is that even though these same concepts are present in so many of the greats in this franchise this doesn’t lessen them, if anything Capcom should be praised. Why should a company be praised for what I seemed to have claimed is reusing the same plot points over and over again? Because they do it so well! Even if you played every Resident Evil game with this thought in mind the game still manages to surprise you at every turn. The Resident Evil franchise could serve you exactly the same story again and again but the gaming community would eat it up every time, you want to know why?

Because the environments they build are so amazing, that you couldn’t care less.

Hopefully, you can still follow along with my mad ramblings on the subject but overall let me try to condense what this entire article is about in one question you must ask yourself. Should a developer only be praised by thinking outside the box? Is the only thing that we should celebrate in games looking at everything that is out there and going “I just won’t do that”, or should we also recognize the people that say ” What if I took this thing and made it my own, and make it even better”. It is a tough question to answer so directly but I put forth the RE franchise as a whole and this article and I will let you decide for yourself. 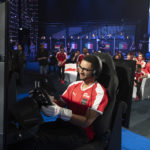 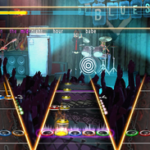