Recently I heard of a story about Formula 1 Racing. There was some race between an accomplished F1 racer and an Esports racer on a real-life track. If I’m betting money on this race, I’m throwing it all on the tried and true driver, the one who has raced in the physical world. I would have lost all of my money. The Esports driver won, beating the actual driver with years of experience by 0.6 seconds – unbelievable. The training from his video game sim was so realistic; he was able to drive a real F1 car better than a serious competitor in the racing realm. How else can video games be used as training?

This may sound like something from a sci-fi movie, but video games may be the key to the future. Think about how advanced video games have become. They may be able to help us in all sorts of ways that we have yet to even fathom. Especially once virtual reality becomes advanced, the possibilities are endless.

I picture a future where our soldiers are trained using video game simulations. Now I have never been to war and hope I never have to, but I imagine that no matter how much training you go through, you don’t know what you’re in for until you see the battlefield and combat for the first time. Much like a sport, you can practice all you want, but you don’t know how prepared you are until game time. That’s the actual test. By using video game sims, soldiers could be trained in a realistic warlike atmosphere, seeing firsthand what the battlefield is like without ever physically being there. It could prepare them in ways we never could do in real life alone.

The same concept could be applicable to first responders like firefighters and police officers. There could be a particular situation that they are tossed into, and they have to navigate the environment without real danger present. It could give them a chance to see these dire situations first-hand and allow them to learn and fail without severe consequences. Ultimately, this could save lives in the real world and be a benefit to society more than we can understand.

Doctors and surgeons could use this as well. A virtual simulation would allow someone like a surgeon true experience in surgery and help them realize that things don’t always go smoothly. It could make them think quick on their feet when something goes wrong, causing them to improvise in real time to figure out what the next best move is, all with the stress of real-life factors but without the ultimate consequences. A surgery simulation could reduce malpractice and lead to better success rates.

We live in an era where everything is virtual. Practically everything we do is technology-based. It only makes sense that at some point, training programs will venture into the virtual world as well. Video game simulators will be a great way to train for a variety of jobs and tasks in future society. It’s pretty crazy to think that what started out as Pong or Ms. Pacman could one day save lives and improve society like we never envisioned. Aren’t video games cool? 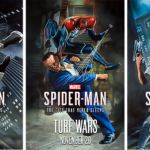 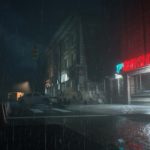