The GTX 1660 Ti is a joke without a punchline. It’s basically a slightly better maybe GTX 1070, based off of the GTX 2060, but without the DLSS or ray tracing which makes the GTX 2060 different than say… the GTX 1070. So basically it’s like, a GTX 1070 but if you’re good at math and bad at reading, something you’d like buy again thinking it was somehow better.

Seriously, this card is a troll that tech blogs and YouTubers show their colors on. If they’re sponsored by Nividia or just really excited for anyhthing new and shiny, they’ll brag about the wonderful price to performance, but as Linus at Linux Tech Tips shows, the reference cards are an ok value but the partner cards start losing the luster when compared to a GTX 2060.

The only thing good the GTX 1660 is bringing to the table is that it at least is about 20% give or take 20% better than a GTX 1060, which can now retire on all of those top best video card lists as the 1660 moves into that glorious spot. Depending on which benchmarks you go by, you’ll likely see it replace the recommendation for the RX 580/590 series, effectively putting AMD out of the competition for a little while until they get back on their feet.

Seriously, the GTX 1660 is retailing for around $280 with the partner cards going to $310, while the GTX 2660 which is pretty strong and the best option right now in the budget space in my opinion is $350ish, tho prices are ever falling because the gravy train that was Bitcoin has left the building.

See, here’s a brief timeline of what happened.

Why was a $500 card selling for $1,800? People are bad at math, demand was high and supply was low. The Bitcoin frenzy had vendors selling out of stock left and right while those with the money to pay for the latest and greatest video cards were happy to eat triple MSRP to get their hands on those sweet FPS, even though I don’t personally know anyone who paid $1,800 for a Vega 64.

Today, with Bitcoin in decline and discreet mining out of fashion, cards have returned to their sane consumer level pricing that once again brings gaming PCs into the realistic “$750 can get me a PC that can play everything). That’s not the full story tho, wait for a second see… when graphic cards were tight and upgrades weren’t happening, the types of games everyone wanted to play switched from the latest and greatest to eSports.

So Fortnite, which can be ran on most potatoes connected to a lemon, came out and was like what’s up? People played it. They played a lot of it and other eSport titles. Which now, we have royale frenzy and you can tell the graphics are upleveling fast as Apex Legends and other games are really packing in the graphics while Fortnite looks to still be that mid 2000s let’s make everything cartoony so it can run on potatoes and be ok.

Anyway, point of this story is get ready for more troll cards as discreet GPU vendors try to figure out how to return to those sweet coin profits. Rebranding, small upgrades sold as big upgrades and partner cards that have all the RGB are likely coming soon to a Newegg or Amazon sort of near you. I mean, Amazon does have warehouses like everywhere. 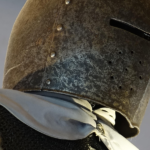 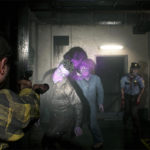