Having released on December 7th of 2018, we have once more been blessed with another entry in the Smash Bros franchise. Bringing back the entire playable roster across the previous four entries, Super Smash Bros Ultimate boasts a hefty 74 playable character roster, with an addition to online features and new modes.

Starting the game you are given a handful of characters instead of a huge array to blindly choose from; Mario, Donkey Kong, Link, Samus, Yoshi, Kirby, Fox, and Pikachu.

In a nostalgic throwback to the N64 version, these eight fighters mirror the starting roster of the game that started this insanely popular series. If you choose the new World of Light mode, in which you start with only Kirby available, you will then have to rescue each of the other fighters. Saving those fighters will unlock them for all other modes. This method can be extremely tedious, especially if you have friends impatiently waiting to jump into the fray and pound your face in.

Fear not! In addition to being able to unlock fighters through this new story-based mode, you can unlock additional fighters through Classic Mode (which offers two-player co-op) or through the ever-popular Smash game mode featuring up to eight players simultaneously.

The game features a Fighter’s Pass for $24.99, which will net you five new playable characters when they are released in the future. The rest of the roster is unlocked through actually playing the game you paid for. This has drawn some criticism of the game’s unlocking system with players claiming they now have to invest large amounts of time in order to have that perfect full roster. This is a valid point for those wishing to dive into their old favorites that won’t be available from the start, or for those looking to host get-togethers with friends. They might not have the extra time to chase down all those unlockable characters.

On the other side is where my love of this system lands. I miss boatloads of unlockable content in games. Most of them nowadays feature a slew of extra add-ons available only for purchase instead of having them set as a reward for completing in-game challenges. In these instances, a full roster is less of a badge of honor and more of a show of expendable income. Sure, unlocking every character in smash doesn’t require a huge amount of skill, but it shows a love of the game and a desire to accomplish a goal.

Now, between all methods available for unlocking characters, my favorite was far and away Classic Mode. To my surprise, rather than just running a gauntlet of random characters, each fighter’s Classic Mode lineup was different with references to the titles they came from! It gave me a reason to play characters I would usually skip over just because I wanted to see all the little nods of the original series that Nintendo has snuck in. Warning! Classic Mode spoilers inbound!

As featured above, the final battle for Mega Man’s Classic Mode run is none other than the nefarious Doctor Mario. Well, he’s got a mustache and a white coat, it’s close enough, right? Each fight leading up to this battle was an homage to the Robot Masters of old. Donkey Kong with Wood Man’s music, Captain Falcon with Quick Man’s music, even a surprise twist in the last battle. Not all of the references are obvious as this, and what really drew me into the Classic Mode was figuring them all out for the characters I love.

I also hope you are hyped for the upcoming characters in the aforementioned Fighter’s Pass! Persona 5 was one of my favorite games of 2016, and I am insanely excited to play as Joker. Will his alternate colors feature different costumes? Will Arsene or the Phantom Thieves make an appearance in his Final Smash? Will Morgana ever let him stay awake past 10 PM? Hopefully all of these questions and more will be answered.

So, I will continue to wait with bated breath for Joker’s Smash debut and for the other fighters coming down the road. Yes, I’m even eager to play as the Piranha Plant when it gets released. If Sakurai has been reading my diary, I’ll someday be able to play as Geno. Who would be your addition to the dream roster? Let me know in the comments below! 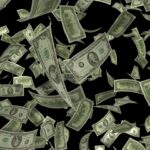 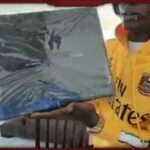