Microsoft Flight Simulator (2020) has gotten a wave of folks to take up the $1 offer for Microsoft Game Pass today. The question is, outside of MSFS what else is there to play? Here’s seven suggestions focused mostly around recent releases.

Remember you can get to the Game Pass via the Microsoft Store on your PC. They’re free to play as long as you maintain the subscription. Enjoy the below games and many more via the Game Pass which works on PC & Xbox One as well (which is super cool). This article also isn’t sponsored by Microsoft directly in anyway, the $1 one month trial I think is worth it for the service and if you don’t like it you can cancel, which is super fair for me.

An amazing Metroidvania game that is based on a popular bulletheck arcade style game.

Great for those new to Touhou and aren’t into bulletheck style games.

A game that someone you know probably talks about so you should play it to find out what it’s about.

You can delete it afterwards, no biggie, it’s only about 7 gigabytes.

Would spoil to say much more.

No longer requires VR, although VR kinda worked for this game.

It’s worth it at free to play.

It’s another game everyone is talking about.

It’s much bigger to download, but you can probably play a lot more before giving up if you’re not into it.

There’s a lot on there.

You likely will too.

Well these weren’t haikus but we gave you seven great (plus some) addicting games that you should try today. 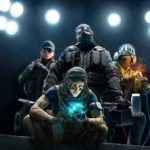 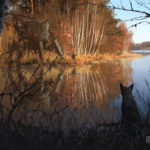