Nintendo’s console is a literal sweeping victory when it comes to sales and nearly everything else. The Xbox One was released in 2013 and has 46 million. The Nintendo Switch has sold 41 million and was released in 2017. The Playstation 4 has sold 102 million since 2013, which may be more, but considering Nintendo moved half of that in 2 years compared the 6 that Sony has had, we can really see the clear winner here.

The Switch games hold really high resale values. For instance, I recently traded in Luigi’s Mansion 3 for $34 after purchasing it for $47 via Walmart, stacking on the 5% back on the Walmart card. That meant that I lost only $13 plus tax in the transaction. Attempting to trade-in most of my PS4 games after launch and I’m lucky to get offered $15 for them. The demand is real for the games and retailers are desperate for good used copies of the games.

The Wii was cool and interesting and had an nice gimmick to it. The Wii U was ahead of its time, when we’ll likely use our phones and some attachments as controllers (i.e. Razer’s new switch like phone controller – the Razer Junglecat). The Switch though, it combined the best parts of a GameBoy / GBA / NDS into a portable masterpiece that also functioned well in the dock and they took a slam dunk with the first party titles that render very well on its underwhelming specs.

Folks like their games to-go and they like to also play them on the television. The dock was a genius inclusion and the cheaper more mobile friendly version is also great for the mobile purist who never play their consoles on the TV. The flexibility of how and when you play open it up to a lot of usability.

Like I previously mentioned, the first party titles are very strong for the system. The PS4 and Xbox don’t have “first party titles” anymore, like in the days of Crash Bandicoot and Halo being an exclusive to the Xbox. Yet, Nintendo holds tight to its first party IPs and make sure to release them at the epitome of quality. Breath of the Wild has made many gamers breathless with its visuals and smooth gameplay and Mario Odyssey was everything great about every 3D Mario title to date compacted into a joyous bundle of retro joy that pleases new and old.

Taking a risk has paid off well for Nintendo (the Wii) and not so much (the Wii U), but in this battle royale of the consoles they are the clear winner, even as late to the game as they are and after swinging and missing with the Wii U (which, while a great console, was ahead of its time like the Dreamcast).

That’s not to say the Xbox One and PS4 aren’t great consoles, it’s important to respect the PS4’s sales and the Xbox’s adoption in the North American market, but they haven’t done nearly the impressive feat of sales that the Nintendo Switch has. That is why I think that it’s really, strongly the clear winner this 2019 holiday season – nay, clear winner of this decade. 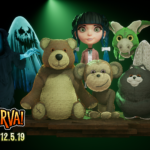 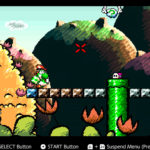