Don’t Die, Minerva! (Steam / Xbox) has an early access release date: December 5, 2019. This is really cool for a myriad of reasons, the first being that it’s being developed and published by Xaviant, a gaming studio in Dawsonville, GA a short hop / skip / jump (and 3 exits) away from Dot Matrix Media. They’re known for the The Culling series, if you’ve ever heard of it and for being one of the few studios here in Georgia.

The other cool thing about the game is that it’s a rouge-lite that takes Luigi’s Mansion and throws it into the spooky adventure horror genre that it belongs. You’ve got procedural generated dungeons, loot and enemies along with difficulty ranging from “I just want to see the pretty graphics and story” to “typical Dark Souls comment.”

I mean, Dark Souls is pretty much a difficulty slider setting at this point.

I digress, the game is a top-down rouge-lite adventure with Minerva, a flashlight wielding 11 year old girl, fighting her way through a haunted house. Each death brings about essence which can be spent on powering up future runs and twin-stick shooter style controls with AI companions to help things along. Not a bad mix, lots of things that just go very well together if you ask me.

The pricing should set somewhere around $19.99 which is about the golden spot for something like this and all purchases go to support a local Georgia game studio – something the state of Georgia could use more of.

Before I leave you to go wishlist it on Steam, check out this comment from the developers on their intentions on how they’ll be taking user feedback during the early access phase:

“While we’re more than proud of the game we’re shipping, it really is the tip of the iceberg. Our roadmap for ongoing development includes more of literally everything- weapons, loot, enemies, and levels, just to name a few,” Van Veld said. “Each step of the process will involve community feedback through dev blogs, surveys, and social media. Players will absolutely help us shape our plans as we go.”

If you’re not interested in playing an early access title, but you’re into twin stick shooters like Night of the Blood Moon, then I highly suggest following this title. It sounds like it has the right formula for everything that something in this genre needs and with the focus on feedback, it should develop out quite well. 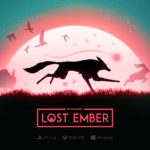