For quite some time the Steam store has been gamers’ one stop shop for all PC gaming. Epic Games has since decided to offer some stiff competition. However, one of the program’s recent free games has suffered a minor setback.

Following the meteoric rise of the battle royal phenomenon that is Fortnite, parent company Epic Games decided to offer their own platform for digital PC game sales. To help themselves stand out from among the dominant force of Steam, Epic Games Store has been giving away free games every two weeks to the store’s loyal customers.

Among them, the famous metroidvania title Axiom Verge recently hit the Epic Games Store as part of the free games service. However, the title hit a bit of a snag.

Axiom Verge was first released back in 2015 on PS4 and PC. A PlayStation Vita edition was included later in 2016, with a Nintendo Switch port reaching stores in 2017. The side-scrolling metroidvania action-adventure experience follows the trials and tribulations of Trace, a scientist that awakens to a foreign world of science fiction and adventure.

The game received largely positive reviews through the years, ultimately earning an 84/100 Metacritic score. Well, when the game reached Epic Games Store in 2019, fans were met with an unexpected issue.

As reported by PC Gamer, players were greeted with a game crashing bug upon entering a particular area. The bug was ultimately narrowed down to the lack of a particular file titled “Steam.xnb.”

Axiom Verge game developer Tom Happ has since taken to Twitter to reveal he removed all files with the name “Steam” from the game before placing the game on the Epic Games Store platform. However, the necessary “Steam.xnb” file that was also removed throughout the process was not a reference to the Steam store. Rather, it was a necessary file within relation to heated water vapor, or steam.

“For anyone missing Steam.xnb from the Epic store, please go to AV in your library, click the gear icon, Verify, then Update.

“I was thinking it being Epic and all, I shouldn’t include valve’s dlls and such, so I excluded all files with “Steam” in the name… oops.” 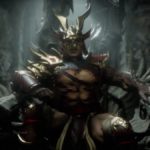 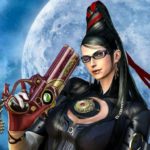