The brilliant minds over at Wizards of the Coast are at it again. This time around, the company is preparing to release a new campaign for the fifth edition of Dungeons and Dragons.

As partial promotional support for the upcoming game Baldur’s Gate 3, the new campaign will be focused around the adventurous city. With that in mind, Baldur’s Gate: Descent into Avernus is shaping up to be a seriously compelling D&D tale.

What is Baldur’s Gate: Descent into Avernus?

The newest adventure from Wizards of the Coast is going to focus on the fascinating city of Baldur’s Gate.

This new adventure will serve as a prequel to the upcoming video game Baldur’s Gate 3, though the campaign is designed for Dungeons and Dragons fifth edition. Dungeons and Dragons Principal Narrative Designer Chris Perkins referred to the new campaign as “It’s Dungeons & Dragons meets Mad Max: Fury Road” during a recent live-stream event.

While the story begins within the city of Baldur’s Gate, players will quickly find themselves adventuring within Avernus, the first layer of the nine hells. From there on out, the story will be filled with fire, brimstone and demonic evils.

Within the video provided above, you can see Dungeons and Dragons Principal Narrative Designer Chris Perkins discuss the new campaign in detail.

When is the Baldur’s Gate: Descent into Avernus release date and is it Available for Pre-Order?

Baldur’s Gate: Descent into Avernus will release on Sept. 17, 2019. While Wizards of the Coast sometimes provides specific retailers an exclusive sale period, this campaign will be released to all retailers simultaneously.

The campaign will be purchasable at most local tabletop stores, as well as through most digital retailers and booksellers. The book is now currently available for pre-order. Check out the links below if you need help tracking down a copy of the campaign. 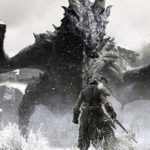 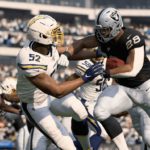