Check out these tips to finding all of the artifacts.
July 29, 2019

The Elder Scrolls V: Skyrim features an elaborate web of questlines. Perhaps the most impressive sequence of quests are the ones carried out for the daedric deities of the realm. After all, finishing these quests always ends in you receiving a one-of-a-kind daedric artifact of power.

That being said, it can be difficult to determine just how you can track down these powerful artifacts. Sometimes the quest events are seemingly random. Other times, the daedric quests are locked behind minimum level requirements.

Don’t let the obfuscating world of Skyrim hold you back. Check out the information below if you want to track down each and every daedric artifact within this game.

Azura’s Star acts as a permanent grand soul gem. Consequently, you can use and reuse the star as many times as you please.

In order to obtain the black star, you will need to complete the quest “Black Star” for the Daedric Prince Azura.

Speak to Aranea Lenith at the Shrine of Azura just south of Winterhold to begin the quest.

If you hand the star to Aranea Lenith, you will receive Azura’s Star. This item allows you to trap “white” souls, which are the souls of non-humans.

You may also hand the star to Nelacar to receive the Black Star as your reward. This item will allow you to store “black” souls, which are human souls.

The Wabbajack is incredibly fun, as it allows the user the ability to randomly affect enemies with magical effects. In order to earn the item, you will have to complete the quest “The Mind of Madness” for Daedric deity Sheogorath.

To begin the quest, ask for rumors within “The Winking Skeever,” a tavern in Solitude. After some time, you will receive an objective to “Talk to men wandering the streets of Blue Palace.” Simply follow this quest to its end to earn this daedric reward.

If you are trying to kill undead, then you cannot do much better than Dawnbreaker. This incredible weapon packs a powerful punch, with a chance to deal a “fiery explosion” to undead enemies.

The beacon will randomly appear in any storage container within the game, but only after you have reached level 12. You may use the Clairvoyance spell to help locate the beacon.

Grabbing the beacon will begin the quest you must complete to earn Dawnbreaker.

This powerful warhammer allows you to sap stamina from your enemies. This will prove incredibly useful if you are having trouble with targets fleeing from you following a combat exchange.

To earn Volendrung, you must complete the quest “The Cursed Tribe” for the daedric prince Malacath. You must visit the orc village of Largashbur just south of Riften to begin this quest.

Upon reaching the village stronghold, you will come across a group of orcs fighting a troll. Save the orc Ugor from the attack to earn entry into the stronghold. If Ugor dies, steal from the orc within the presence of his compatriots to force the orcs to open their gates. You will have to pay a fine, but this will still allow you entry.

Next, speak to the orc Atub from within the village to begin the quest.

Every time an ally is killed with this weapon, it grows stronger. To earn this artifact, you will have to complete “The Whispering Door” quest for the daedric prince Mephala.

Ask for rumors within “The Bannered Mare” tavern in Whiterun until you initiate the quest “Talk to Jarl Baulgruuf about his son.” Follow this questline to find the daedric blade.

This shield will uniquely allow you to block magic damage, as well as physical damage. In order to earn Spellbreaker, you will need to complete the quest “The Only Cure” for the daedric prince Peryte.

You must be level 12 to begin this quest. Once you are level 12, speak to the khajit Kesh the Clean at the Shrine of Pyrite. The shrine is located northeast of Markarth and south of Crater Dragontooth.

This heavy armor will damage enemies that get within melee range of you, while also improving your stealth. You can gain this armor by completing the quest “Boethiah’s Calling” for Boethiah.

To begin the quest, you will need to be at least level 30. Then, read the book “Boethia’s Proving.” You can find this book in a variety of places, including from Urag gro-Shub within the College of Winterhold library.

You can power this staff with the dreams of NPCs in order to boost its power. To earn it, you will have to complete the quest “Waking Nightmare” for daedric prince Vaermina.

Make your way to the Windpeak in within the city of Dawnstar and speak to the Mara priest known as Erandur to begin the quest.

This morbid mace has the ability to both slow and severely damage your enemies. To make things even more intense, the mace can steal the souls of your foes as well.

To earn the mace of Molag Bal, you will need to complete the quest “House of Horrors” for the daedric prince Molag Bal.

Make your way to the city of Markarth and begin investigating some of the homes near the city’s entrance. After some time, a warrior will grab your attention and ask for help investigating a supposedly haunted house.

If you are having trouble getting the quest to activate, you can enter and then leave the city’s Temple of Markarth after you have reached level 10 to begin the quest.

The Skeleton Key is a lockpick that cannot be broken. To earn it, you must complete the quest “Blindsighted” for the daedric prince Nocturnal.

To begin the quest, you will have to battle your way through Irkngthand and speak to Karliah to begin the quest. It is important to note that you will earn the Skeleton Key during the quest. However, you must sacrifice the key to complete the quest entirely.

The location of Irkngthand can be seen on the map provided above.

This mask is incredibly beneficial. It improves your magika regeneration, while also improving your speech and prices at vendors. To earn this artifact, you are going to have to complete the quest “A Daedra’s Best Friend” for Clavicus Vile.

To begin the quest, you will first need to make your way to Falkreath. Then, approach the guard at the town’s entrance. He will ask if you have seen a dog.

Now you will have to search for the dog, which will be located randomly near the town. Speak to the dog to begin the necessary questline.

There are two different daedric artifacts tied to this questline. The first is a piece of armor known as Savior’s Hide. This armor will increase your magic and poison resistance. The Ring of Hircine, however, will allow you to turn into a werewolf additional times if you already suffer from lycanthropy.

You will need to complete the questline “III Met by Moonlight” for the daedric prince Hircine. Make your way to Falkreath and then enter the prisoner room under the town’s barracks.

From there, you will meet the prisoner Sinding. After speaking to him, he will give you the Ring of Hircine and inform you that you need to kill a great white stag. Continue through the quest to earn the Savior’s Hide.

This is one seriously cool artifact. Using this dagger will give you a 3% chance at instantly killing your quarry. To earn Mehrune’s Razor, you will need to complete the quest “Pieces of the Past” for the daedric prince Mehrunes Dagon.

To begin the quest, you must first be at least level 20. Then, a courier will randomly appear with a message beckoning you to a museum within the city of Dawnstar. You can also simply visit the museum to begin the quest.

Next, speak to Sillus near the museum to begin the quest.

This staff will allow you to summon a powerful daedra by your side. To earn it, you must complete the quest “A Night to Remember” for Sanguine.

To begin the quest, you must be at least level 14. After that, simply visit every tavern you come across. A man named Sam Guevenne will eventually spawn in one of the taverns. Speak to him.

You will be asked to join him for a night of drinking. Accept the offer to begin the necessary questline.

Whichever path you choose, this artifact will immediately grant you five levels within all six skills tied to either the thief, the mage or the warrior.

To earn this artifact, you will need to complete the quest “Discerning the Transmundane” for the daedric prince Hermaeus Mora.

You will want to be at least level 15 before starting this quest. Then, make your way to an ice cave just north of Winterhold. From there, you will speak to a seemingly mad scholar named Septimus Sigmus. Follow this questline to its end to earn the Oghma Infinium.

This macabre piece of jewelry allows you to sustain yourself off of the flesh of the dead. To nab it you will need to complete the quest “The Taste of Death” for daedric prince Namira.

Speak to Brother Verelus within the Castle of Markarth to begin the quest. If you are having trouble tracking down the priest, Kleppr will reveal a rumor about Verelus and the local Hall of the Dead from within Silver-Blood Inn. 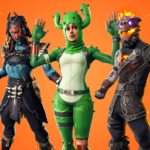 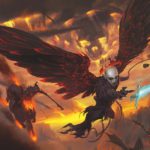