Fallout 76 hit shelves back in Nov. While the game has suffered some controversy since its launch, Fallout 76 is still supporting a dedicated fan base of players with some new post-launch content. With that in mind, the creative team behind the critically acclaimed Elder Scrolls Series has now come forward to announce a new dungeon for Fallout 76 titled “The Burrows.” Check out the details concerning the upcoming release and some tips and tricks to surviving Fallout 76’s end game down below.

The Burrows: Everything You Need to Know

The Burrows is a new dungeon for Fallout 76 that is set to release April 16. As revealed in a recent statement from Bethesda, The Burrows was initially a system of storm drains. However, the subterranean system took on a new purpose after the bombs fell. Now a safe haven for nearby , the Brotherhood of Steel have recently picked up strange electronic signatures coming from The Burrows and it is up to the player to investigate.

The quest is titled “Waste Management” and you will have to access a storm drain in Harpers Ferry in order to begin the quest. There is a manhole near Highway 65 and a manhole near the Armory. From there, the player will have to lurk below until they find a deceased Brotherhood of Steel member. Loot the body to trigger the quest.

Bethesda has come forward to claim that the dungeon is best suited for parties of two or more and for players of level 50 or higher. Bethesda also claims “you’ll receive plenty of loot and experience for your troubles.” The dungeon can also be raided repeatedly for additional experience and loot after the quest has been completed.

How to Get Nuclear Bomb Codes

Dropping nuclear bombs upon the Fallout 76 wasteland is a great way to create some loot-filled areas for you to farm. In order to see the process through, however, you will have to do a few things.

The first step is to track down the missile silos. Once tracked down, you will have to join the Enclave and be promoted to general status in order to access the silos.

First, travel to the Abandoned Waste Dump, which is near Harper’s Ferry. Track down the nearby deathclaw nest and grab the holotape within. The holotape will trigger the necessary quest line for completing your task.

Finding a bomb code is tough work. Each code is comprised of eight parts, which will each have to be farmed separately. The code fractions are dropped by Scorched Officers or Feral Ghoul Officers, so you will have to farm these foes for some time before being able to put together an entire code.

Now, here’s the bad news. Each silo has a unique eight-part launch code, so you will have to decipher the code fragments you receive to finalize a functional launch code. Beyond that, each silo’s launch code changes every week. In order to make things easier, some Fallout 76 players will likely be willing to share their launch code fragments.

As created by Redditor Waffle_cop, the website nukacrypt.com also helps decrypt nuclear launch codes for players. If you are having a tough time deciphering your fragments, then this could be a great resource.

What Loot to Look Out For

Once an area has been nuked, it will be momentarily changed. The area will be filled with tough enemies that can be farmed, such as Scorched enemies and Scorched Beasts. However, the area will also host useful resources such as Ore, Enlightened Fungus and Nuclear Waste. In the end, nuking the Fallout 76 map can be a great way to spawn some great loot and powerful enemies.

Nuking a fissure site can spawn a Scorchedbeast Queen, the single toughest end-game boss Fallout 76 has to offer. This boss requires a small hoard of high level, well-equipped players in order to be taken down. However, the end result can be quite rewarding.

How to Farm Legendary Gear

Legendary gear is dropped by legendary enemies, which are noted by the stars next to their names. To find the legendary piece of loot that is just right for you, however, you will likely have to farm gear for some time.

In order to best utilize your time, you will need to complete events that ensure legendary enemy spawns. The trick here is that each of these events anchored to a server. Once you have completed one of the events, simply log out and log back in under a new server. You can then start the entire process over again.

There are three events that you will have to keep your eye out for if you want to farm for legendary gear.

This event is located at Blackwater Mines and requires players to fend off three legendary Mole Miners, as well as a large hoard of lesser enemies. These enemies will scale with your level, allowing for some excellent loot drops.

This event is located within the Savage Divide. Legendary ghouls will potentially spawn during this event. However, the real prize is a legendary Wendingo. The boss enemy will scale with your level, once again ensuring the event is worth your time.

Leader of the Pack

This mission is located at the Tyler County Fairgrounds. If you need to farm loot before reaching level 15, this event will spawn low level legendary wolves to fight. 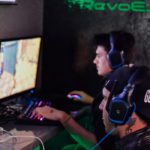 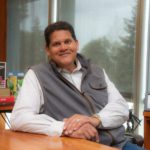