Pokémon Rumble Rush has hit mobile stores worldwide. With that in mind, players are now doing everything they can to be the very best Pokémon trainer there ever was. To do that, however, you are going to need to capture some seriously strong Pokémon. Here are five tips for beefing up your Pokémon collection.

1. The More Pokémon You Catch, The Stronger Your Pokémon Will Become

During each level, you will be tasked with tapping on your screen to attack the Pokémon that confront you. A certain percentage of the Pokémon you defeat will appear within your inventory. That being said, not all Pokémon are equal.

Each pocket monster has its own combat power level, also known as its CP. In order to catch Pokémon with higher CPs, you will need to catch more Pokémon. Specifically the more Pokémon of the same type that you capture, the higher CP rating Pokémon of that type will appear.

In order to strategize your pocket monster collection, you are going to want to pay attention to which level you are playing on. Each level in Pokémon Rumble Rush is based on a different Pokémon type. For instance, Wartortle Shore will have a large number of squirtles. If you want a stronger squirtle, the best place to farm the pocket monster will be on this level.

It is important to note, however, that you only have unlimited access to the three most recent locations you have discovered. Consequently, you will want to get the most out of each level as you progress through the game.

Each time you finish a level in Pokémon Rumble Rush, there is a chance you will find an Ore. This Ore can be refined into Gears. There are different kinds of gears for each pocket monster. Thanks to these gears, you can upgrade your Pokémon’s maximum health, movement, CP and a select number of other stats.

You can always remove a gear from a Pokémon if you later want to use the gear to boost a different pocket monster. Consequently, you should be taking advantage of gears as often as you can.

Once you have a select number of stat boosting gears attached to your Pokémon, it is time to start upgrading. By refining Ores, you can earn Upgrade Kits. By using these kits with Poké Coins, you can then upgrade your gears.

This can prove to be incredibly advantageous. For instance, upgrading a CP boosting gear from the first to the second level will increase your the boosted stat by twice as much. Instead of earning an additional five CP to that Pokémon, you will now earn an additional 10 CP.

Part of playing Pokémon Rumble Rush is all about defeating the game’s Super Bosses. This is an important part of beefing up your pocket monster collection, because you will have to defeat these bosses in order to raise the CP level within the game.

There are a number of Super Bosses within the game. And, you will have to reach a certain CP level with at least a single Pokémon in order to face each boss. Luckily, defeating a Super Boss often unlocks a few new Pokémon for you to begin farming. This is just another way that defeating these powerful enemies can help you beef up your pocket monsters.

To that end, check out the requirements and rewards for facing some of the game’s Super Bosses down below.

The launch event for Pokémon Rumble Rush is titled “Charizard’s Island Home.” This event allows players to explore Charizard Sea Island, which also unlocks a massive flock of new and powerful Pokémon for players to capture.

The two featured Pokémon for the event are Charizard and Blastoise. That being said, there are 80 other Pokémon within the launch event that are still waiting to be captured.

In order to unlock all of the Pokémon, you will first have to take down a number of Super Bosses. Check them out below.

Working your way through Charizard Sea island is going to be the best way to put the first four tips of this guide to the test. Remember to make the most out of your three most recently visited locations, as these will be the only locations you can revisit indefinitely. Beyond that, remember to keep your strongest Pokémon geared up and keep those gears upgraded.

Try to focus on a certain Pokémon type, so that you can boost your strongest Pokémon CP as fast as possible. With all of that in mind, happy hunting.

If you are trying to hunt down a specific pokemon, then you are going to want to be as efficient as possible. Otherwise, you will slowly find yourself spending hours upon hours scouring every corner of the game for your pocket monster of choice. That being said, there is an answer to this issue.

Make your way to the search screen. From there, you can check out recent “reported sightings.” The sightings do not last long. But, you can refresh the page by tapping the hint icon within the lower left corner of your screen.

By doing this, you can drastically improve the grind of searching for a specific pokemon.

Ore is an incredibly useful resource in Pokemon Rumble Rush. By refining the substance, you can craft power gears, summon gears and other useful items. To earn ore, however, you will have to farm Super Bosses.

After you defeat a Super Boss, simply replay the boss fight as many times as you need to in order to earn a tidy sum of ore. This process can be time consuming. However, it is also well worth the effort. 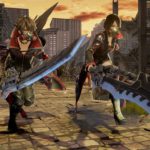 Code Vein Guide: Ornate Key Location and Where to Use It

Top 10 Best Throne of Eldraine Cards for Magic: The Gathering Limited and Standard